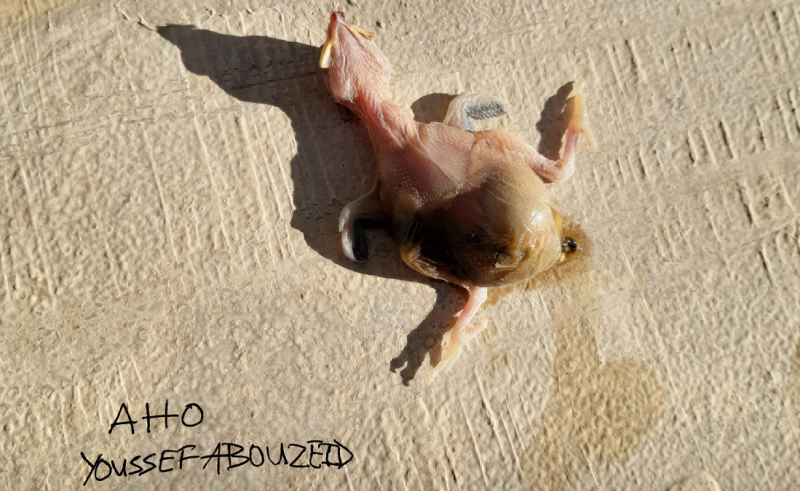 As one of the most influential figures on Cairo’s experimental and alternative rock scenes, Youssef Abouzeid is a man that doesn’t stand still for too long, if at all.

While most will know him for the original Egyptian ‘bedroom project’, PanSTARRS, the last decade or so has seen Abouzeid explore the musical landscape with other projects such as Kelab, El Manzouma and Shlomo Casio, all the while ducking and weaving past the kind of genre-categorisation that journalists, performance venues and fans are so keen to apply.

In 2018, Abouzeid released his first solo EP, Captain Solo, on Egypt’s Hizz Records, of which he is a co-founder. It was also the record label’s debut release, and it set the tone for the kind of expansive music Hizz has become home to, with the likes of Rageh, AboSahar, J!N and Fuzzy Little Brain among the musically intangible acts that have been on their books.

Two-track EP, aho, follows suit in that it has also been conceived in an abyss that only its divine creator resides in. Lo-fi is a term that would be easy to attach to the record, and understandably so, but there’s more at play here.

“Think of my setup as if it’s a rock band," Abouzeid told SceneNoise in March 2019, when we visited his studio setup as part of series, ‘Show Me Your Gear’. “It mostly consists of drums, keys and vocals. Then I divide my pedals between the keys and the drums to create a third layer of effects.”

It all sounds so simple, but a record like aho suggests otherwise. There’s an intricate layering in its first track, ‘ssb’, that draws you in step-by-step – and each step has you calling on references and sounds that you can’t quite put your finger on. You can hear remnants and fragments of Abouzeid’s forays into dream pop and shoegaze, but it’s packaged into something far more ethereal that’s driven by subtle repetition, with Abouzeid’s difficult-to-discern, stage-whispered vocals melding in as part of the sonic ensemble.

Distorted guitars open the considerably more unhurried second track, ‘poh’ – unhurried, but no less deliberate. Once again, stage-whispered vocals – although less frequent – serve as another sonic layer and there’s an impulsiveness and unpredictability to the track that almost suggests that Abouzied went into it without having a totalling plan. But then again, that has become a hallmark of the precise multi-instrumentalist. Wading into the realm of ambient drone in parts, the track also bears elements of the timbre-manipulated sounds of the vague concept of electroacoustic, first experimented with in the 40s and 50s by Egyptian-American innovator, Halim Al-Dabh.

All-in-all, aho, is another strong entry into the annals of Abouzeid’s elastic, dilatant work. It alienates and embraces what you think you know about Abouzeid as a musician in equal measures, with new gradients of sound appearing on every repeat listen.

‘aho’ is available on Bandcamp.

Keep up with Youssef Abouzeid on Soundcloud.