Spearheaded by sisters Michelle and Noel Keserwany, ‘Alf Leileh We Lel’ proves that in the face of all of Lebanon’s crises, art and music can mobilise, spotlight and amplify. 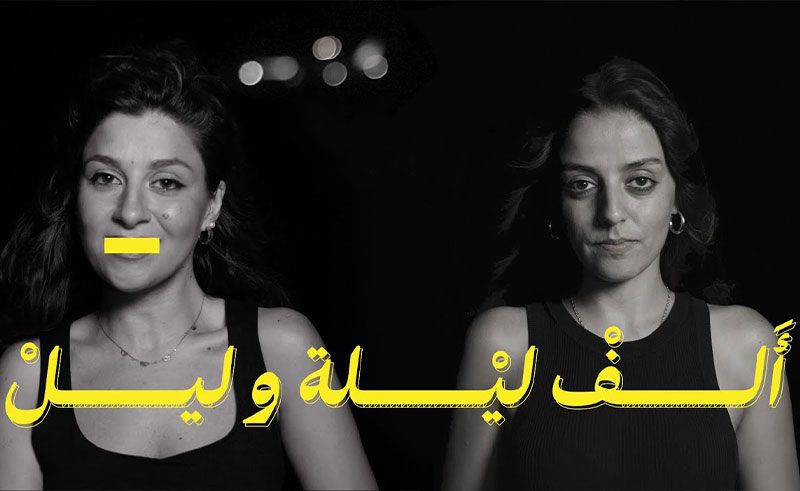 Spearheaded by sisters Michelle and Noel Keserwany, Alf Leileh w Lel proves that in the face of all of Lebanon’s crises, art and music can mobilise, spotlight and amplify

When the political system fails, art must speak up. There’s no better example of this right now in the region than Lebanon. Crippled by the economic crisis and the failures of its leaders, the ‘Pearl of the Middle East’ is at a crux, its people shouldering burdens beyond their control.

Art and music have been a channel for Lebanon’s voices of resistance, avenues for disruption and deliberate dissonance. The latest example of this comes in the form of a unique music film from sisters Michelle and Noel Keserwany.

The self-produced Alf Leileh w Leil isn’t what you’d expect. The first thing that immediately hits you is that this is not a sonnet of sadness, the Keserwany sisters don't feel sorry for themselves and their homeland. In fact, they’re determined to make their voices heard - they look not for pity, but for validation, for a change.The first and most immediate indication of this is the instrumental, which walks a line between trap and pop-tinted hip-hop, the beat swaying between a visceral sense of hostility and a joviality and playfulness that don’t diminish its message. Delivered in a kind of fusion between rap and spoken word, Michelle and Noel touch on a range of topics in their verses, and the film weaves in an interview with a rebel rousing member of the Lebanese proletariat, as it were, a face and voice to represent the many suffering similarly, the many who want to, as he puts it, “bring down the system.”

Shot between Beirut and Tripoli, the shoot wasn’t smooth sailing by any stretch of the imagination, but Michelle and Noel quickly found that it all feeds into the story being told.

“There's almost no electricity these days in the places we shot," Michelle tells SceneNoise. "We had to rely on the lights of cell phones and passing cars. We were able to power one projector for the black-and-white performance segments with batteries," she adds. "But we also used the darkness of the city and the wind coming in off the shore."

Michelle is also quick to praise everyone involved in what was a group effort, one powered by like-minded creatives, shared voices from a generation of downtrodden.

From the view here, at SceneNoise HQ in Cairo, it’s difficult to gauge what Lebanon really is right now. We can read the news, we can gleam from social media posts or even form an image with the testimonies of friends in Lebanon. What Alf Leileh w Leil does show a clear view of is the Lebanese voice of resistance, a clear call that our Lebanese brothers and sisters won’t be silenced and sideline. And that’s what music can do. Mobilise, spotlight and amplify.

Egypt’s Molotof Invites Arab Producers to Battle With Their Beats