Welcome To Heartbreak: Adonis Are Back With New Single Shayef

The single is the first release of an upcoming album by the Lebanese pop/rock band. 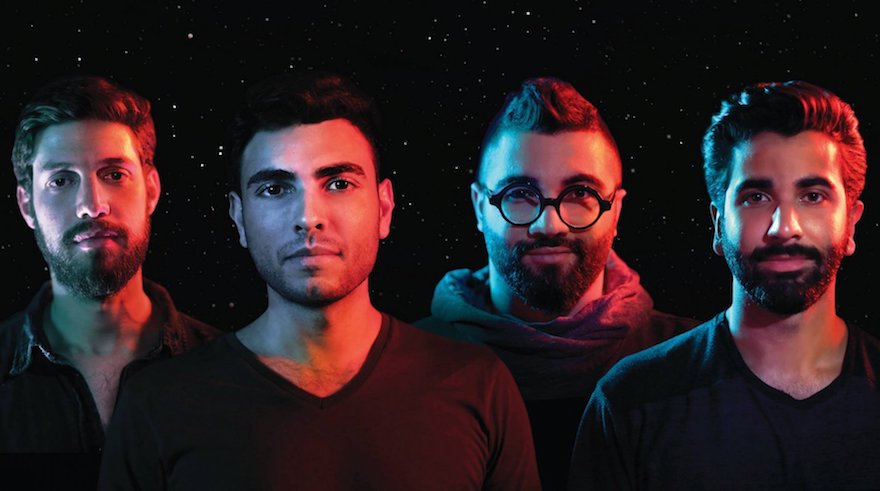 "قد ما نتغير، بقلبي الك دايماً مكان" were the words with which the four-piece band introduced the music video to latest single 'Shayef' on their social media channels. Translating to “No matter how much you change, there will always be a place in my heart for you”, the words perfectly fit what is to expected from the music as well as from the music video. Written and composed by Adonis’ lead singer Anthony Khoury, the song provides us with everything a solid pop-rock love ballad should offer. Carefully arranged verses that focus on Khoury’s heartfelt voice build up into a powerful drum-dominated refrain, coming to an end with a rewind to the lead singer’s voice accompanied by the piano. Add some string elements, playful lyrics and the hymn for heartbreak is perfect.

The latest release was produced and mixed by Damien and Tarek Majdalani, and mastered by Greg Calbi at Sterling Sound. The music video directed by Lebanese “filmmaker in the making” Nadim Hobeika perfectly fits the melodramatic approach of the song itself. It stars Youssef Shamekh who puts on his favourite tunes in the car radio (aka 'Shayef'), smokes too many cigarettes and takes us on a rollercoaster of throwbacks to his past loves. Throw this onto a heartbreak playlist.

Well known for their playful lyrical arrangements in Arabic, Adonis was formed in 2011. Only a year later the debut single 'Stouh Adonis' and in particular its remix by Jade quickly took over the Lebanese clubbing scene. This was only the beginning of an exciting journey for the Lebanese quartet. Since then they have been on tour all around the Arab world and performed at major venues as well as festivals. On top, three studio albums have been released so far and a fourth one is yet to come.
Follow Adonis on Facebook, Twitter, Soundcloud and Instagram.
Related Artists:
Previous Article