Looking to provide a voice for Egyptian women overseas, Felukah sings out with grace in her latest release. 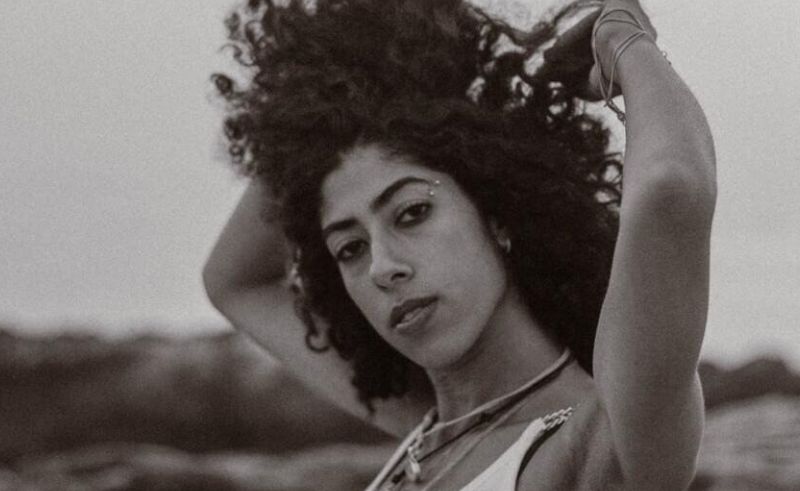 Few artists can capture an audience’s attention and imagination like New York- based Egyptian artist Felukah, who has developed an inspiring, yet enigmatic and multi-layered persona around her musical career. In the past, Felukah has expressed that she had started pursuing her career in order to provide a voice for Egyptian women in music overseas, and the artist has stayed true to this vision by using her platform as a means to share ideas of empowerment and progress for women in the region.

In her latest release, ‘Desert Woman’, Felukah pays homage to her cultural roots, featuring her own family members as part of the music video. The themes of family and legacy suggest that Felukah has been reflecting on her influence as a role model both in her personal life, and to the public through her social media reach. ‘Desert Woman’ sees Felukah embrace the feminine energy that has inspired and enabled her throughout her career.

The track starts off with a swelling, reversed melody gently playing on top of a neo-soul inspired chord progression and minimal percussion sounds. This spaced-out sonic palette sets the mood of the track by imbuing the music with a thick fog of contemplation. Felukah then delivers a heavily auto-tuned vocal performance over the instrumental, in which she delicately explores a hazy melody that continually evolves over the course of this section.

As the track progresses, we are met with a switch-up in the beat, where we transition from the dreamlike and spacious instrumental into a hard-hitting trap beat with elements of R&B and pop. Here, Felukah is heard delivering an electrifying rap performance, in which she is constantly changing flows and switching back and forth between English and Arabic lyrics. Felukah also delivers a catchy hook in the chorus, where her vocal affections and delivery seem to be embracing emo-rap aesthetics.

In the music video, directed by Felukah and Abi Chavez, we see the artist - along with members of her family - performing in a deserted field. The unity and strong ties between the cast, paired with the visual direction, give off a sense of pride, particularly in the shots where Felukah and her cousins are comfortably walking through the field. As the lively trap beat comes in, we are met with a sequence of fast edits that sees Felkuah in a Jeep zipping past the camera, mixed with flashing lights and visual effects that match the energy of the music.