Led by Palestinian Ali Taqi, a myriad of musicians cast their mixes in a new collaborative EP, which is set to for full release on July 10th.
by Ahmed Khalaf 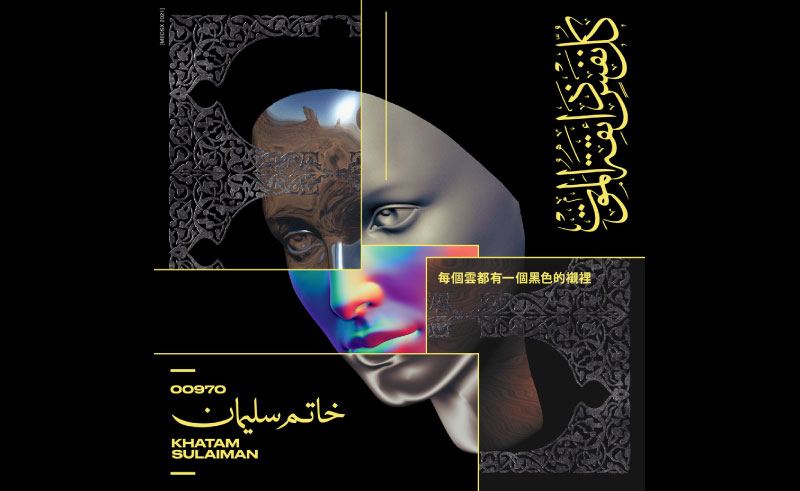 A selection of artists from around the world put their techniques together to collaborate for outlandish self-personifying remixes in a new EP, Khatam Sulaiman.

Led by Ali Taqi, the producer, sound designer, and art director also known as 00970, the EP title translates to the Seal of Solomon, which depicts the famed tale of God gifting King Solomon with a pentagram ring that gave him the power to command demons and jinns.

The original version provided by 00970 creates an abrasive sonic disorder that progresses with sharp tones and industrial textures to create something between experimental ambient, drone, and techno.

Followed by London-based Kashmiri street poet Shamma, aka ‘Smoked Poets’, the performer shows her rhythmic talent as she raps over a trap/grime remix balancing a more structured percussion arrangement.

They are also joined by Palestinian producer and sound engineer NRD, who founded Arab broadcasting platform, Radio Nard, in 2014. Also adding their touches are Australian-born Amsterdam-based producer and sound designer, Max Abysmal, who gives a dub twist to the track, and finally, Paris-based DJ and producer, D3M0R, whose story involves founding Radio Flouka, and who will be providing the EP’s final revision on 10th July.