As Saudi Arabia’s dance music scene continues to evolve, we’ve compiled a list of the pioneers who’ve helped shape what it sounds like today. 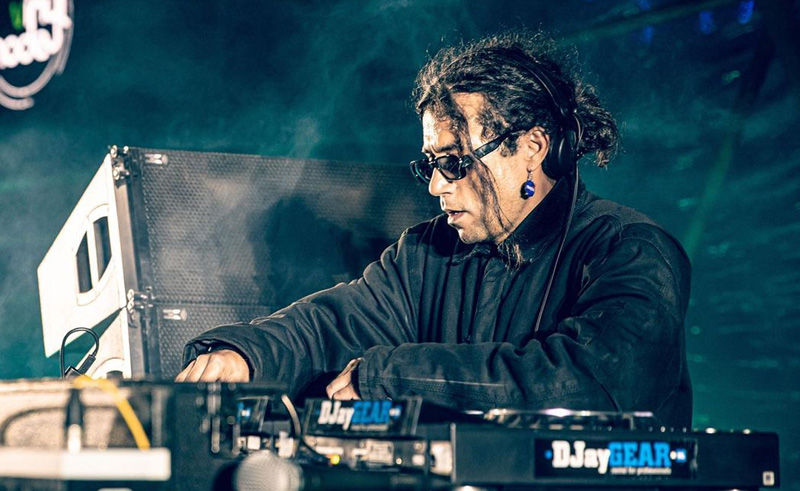 Saudi Arabia's dance music scene has been on the rise for years. Until recently, it was relegated to the underground, mostly in private house parties and secret locations. But in the time since Saudi lifted the ban on public events in 2016, the underground has broken through to the surface with dozens of DJs, producers and event brands mushrooming out of the country. Saudi’s electronic sound is driven by a penchant for groovy beats, funk and house, with commercial categories still reigning supreme. But the range is massive, so we’ve curated a list of some of Saudi’s leading DJs to keep an ear out for; let us know if there’s anyone we missed!

A co-founder of KNZ Records, Omar Agha is a DJ, producer, and foundational artist who has been impacting Saudi’s dance music scene for nearly a decade. Based in Berlin, AGHA’s music pulls from minimal, techno and organic house among other genres, while always combining to create soulful-sounding sets and productions.

Founder of 9sscreative, and founder/ resident DJ of 9sicksick, multi-disciplinary artist, DJ, and designer Anmarz is a house-head through and through, spinning his carefully selected tracks to his fellow house-enthusiasts all over the region.

Head of Gabu Records and pioneering DJ and producer Baloo has been spinning house records, deep to filthy, since 1997. Baloo is considered a pioneer of the Saudi music scene at large, and in recent years has come as MDLBEAST’s Chief Creative Officer, and a pillar of the regional industry.

Film-maker and DJ Lujain Albishi, aka Biirdperson, has been contributing to the growing Saudi electronic music scene by offering up her infectious blend of deep-house and techno tunes.

Making a name for herself as an artist and producer, Cosimicat has been on our radar as one of the most unique and accessible deep house DJs in Saudi for a while now. In just a few years, she’s becoming one of the biggest DJs in the Kingdom.

Co-founder of the Saudi nightlife brand, EKO, and an avid lover of house music, Saudi Arabian-Palestinian DJ Daddybisht know how to get a crowd moving with his unique minimal-groove made especially for the dance floor.

Jeddah-based DJ duo Dish Dash are blurring the lines between techno and house with their groovy and danceable sets.

Lover & curator of sound, Danah Garii mixes her feelings into her sound & expanded the expression to others through her Mixed Feelings podcast, a space to feel things you don't often feel anywhere else.

DJ Viva is a Canadian/Saudi music producer performing in various live events including MDLBEAST, the Red Sea Film Festival, and more. DJ Viva recently released an EP ‘Velvet Electricity’ under MDLBEAST Records, and in the time since, she’s dropped a track ‘Utopia’ with Asayel.

With her tasteful selections and easy-listening sonic aesthetic, Dorar is spinning house sets that work whether you’re on the dance floor, or enjoying a rainy night-in at home.

Gooner brings a unique sonic flavour by blending disco with both deep and minimal house elements. He has come to be known for his range, with an ability to play to both underground electronic purists and mainstream listeners.

Producer, DJ, and co-founder of KNZ Records, JEME effortlessly weaves genres together in his ongoing mission to provide sets that take listeners on a deep and intimate journey.

A versatile musician, playing oud and keys, along with DJing and producing Hatoon Idrees brings her traditional Arabic influences to the table, blending oriental sounds into a deep-house framework.

DJ, producer and all-round audiophile K.LED has always been influenced by jazz, rock, techno, experimental electronic music and disco. He imbues these influences into his sets, played through the lens of house, micro-house and tech.

Saudi Arabian DJ Mishal’s music consists of electronic blends reflecting his multicultural background and rhythmic journey, as he takes us on a deep-tech journey of our own.

Saudi Arabian DJ and curator Majid’s love for house music has evolved over the years to incorporate the influence of sounds from New York, Detroit, and Romania.

Saudi Arabian London-based DJ and radio host Nooriyah pushes a true-to-form Middle Eastern & North African sound in her selections and radio shows. But as radio host, Nooriyah’s library is packed with tracks from all over the world that she seamlessly blends with some of the gnarliest bass drops.

Saudi producer and DJ, Omar Basaad has been contributing to the music scene ever since releasing his first remix in 2008. The acclaimed artist has played on large-scale international stages, bringing his blend of deep tech and house to audiences around the globe.

Riyadh native Solskin's sound is a dab of funk and a dose of sunshine served without even a shade of an apology. The DJ knows how to capture the audience’s attention and engage them on a sonic journey with her deep and groovy house and disco tunes.

Saudi Arabian DJ and producer Spceboi is helping us explore our inner space with his minimal and deep house selections.

Inspired by the unique underground music scene of Saudi Arabia, Talal JK has been bringing his prime Afro-house selections to the Kingdom.

Co-founder and resident DJ of Noctuary Events, Tamer Antabi has taken his genre-bending electronic sets around the globe, playing in cities such as Berlin and Lisbon.

Tarab Electro always come armed with an eclectic arsenal of soulfully curated sounds, the two cousins aim for nothing less than funky rapture when performing for a crowd Having already played in places such as Paris, Amsterdam, Zurich Washington DC, Malaga, Philadelphia, and of course their beloved Riyadh, Tarab Electro are on a mission to put their city on the map.

Tarek anTabi’s sound “can’t be pigeon holed” as he often writes in his bios. His music pulls from minimal, house, with stunning melodics and groove.

Varoo has developed his music taste over the years, reaching a sound that places him between funky house grooves and minimalistic deep house aesthetics.

Rising DJ, producer, and audiovisual artist Voidkid, AKA Musab Meeralam, has been performing regularly through Saudi Arabia with his minimal/micro house and groove sets.

Considering himself a Vibe Generator, Vinyl Mode has been digging for his selections for over a decade, bringing us diverse sets of minimal and deep-tech. While he might not admit himself, he has been a foundational DJ and radio host helping to pull Saudi’s dance music scene out from the underground and into the light.