The self-produced EP is a flex of both his lyrical talents and beat-making capacities, both of which run riot over five tracks.
by Ahmed Khalaf 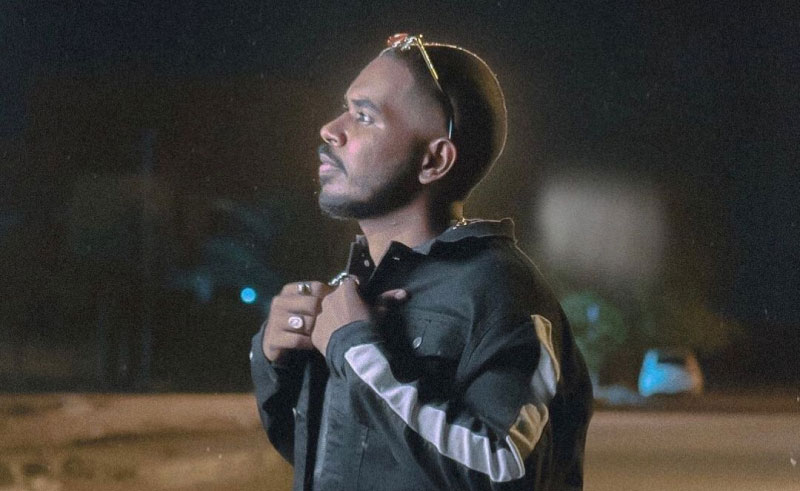 Sudan’s hip-hop and R&B scene is as hot as ever with the immense rise of local talents emerging from the country, and it isn’t slowing down anytime soon. A country beaming with richness in its culture, Sudanese artists have formed their own identity in shaping their sound and direction, one which is gaining growing international attention by the day.

One such artist is rapper and producer Fodi, who started turning heads with single releases last year, and has now dropped his long-awaited debut EP, Planet X, in which he flexes his production skills alongside his song-writing and lyrical abilities.

With a composer for a father, and a mother who is a poet and violinist, Fodi comes from a musical background and family, which has helped build foundations to make a name for himself both within the local scene and on an international stage.

Having self-produced the entire album with aid from audio engineer 77, Fodi shows off his production skills, demonstrating his range and diversity by incorporating different genres, sounds, and beats.Introducing the chills in the opening track ‘Foog’, Fodi boasts that his momentum won’t slow over a trap beat filled with 808 slides and hi-hat rolls. Fodi then explores an afrobeats-inspired sound in ‘Madeya’, featuring Sudanese talent WalGz, in which both rappers show their flows to be as smooth-as-butter, riding the beat as a wave.

In ‘Lista’, the rapper leans to a more formal groove, speaking from his heart while maintaining a lighthearted manner to give an appearance of a composed, smooth rant, before ‘Makok Fada2y’ serves as the headline track and the most high-energy song of the EP in which both Fodi and Soulja interchange lyrically.

Being his first, the EP is a marker, a critical moment if you will, in Fodi’s career, and has certainly been worth the wait and hype. Hopefully we’ll be hearing more of him soon.

Sudanese Super-Group The C!rcle Want You to ‘Love A Lil’ in New Video