With Beirut still shattered after the port-side explosion this month, an outpouring of support has come from all corners, as the city begins the long, hard road to recovery. Habibi Funk have done their part, compiling a special album of classic Lebanese artists, 100% of the proceeds of which is being donated to the Lebanese Red Cross.
by SceneNoise Team 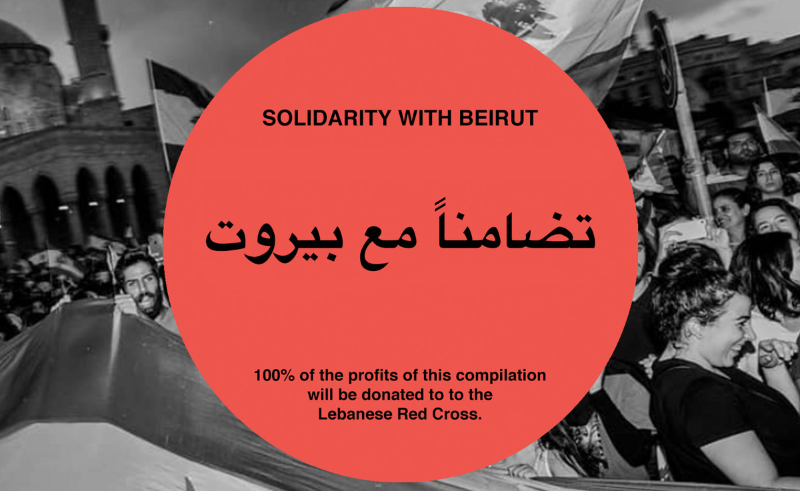 Following the explosion in Beirut last week, an outpouring of support has come from all corners of society. A city with such a storied relationship with music, Beirut has often been the home of some of the MENA’s most innovative music.

As such, some of the city’s most revered musical legends have been bought together on one album in an attempt  to give back to the struggling city via the release this latest record Habibi Funk 014: Solidarity with Beirut, 100% of the profit from which is to be donated to the Lebanese Red Cross. This cadre of musical legends, including inner-circle members and frequent collaborators of Fairuz and Ziad Rahbani, are all accomplished and noteworthy in their own right, both in groups or as solo artists.

In a statement on bandcamp, Habibi Funk wrote this of the compilation:

“It was important for us to express our solidarity so we reached out to the network of musicians we have adored in the last few years to put together a release. 100% of the profits will go to the Lebanese Red Cross. All tracks from this compilation come from artists from Beirut, some of them don’t live there anymore but the city was essential for their musical career. Although the process of compiling this release was super rushed in order to help in raising funds as quickly as possible, we truly love how it turned out to be musically.”

Whether you purchase the album or not, please consider donating to support Beirut’s recovery, either through this release or via the Lebanese Red Cross Directly via this link.
Previous Article