The compilation features reworked classics by the region's biggest names including Mashrou’ Leila, Who Killed Bruce Lee, and Lumi.
by SceneNoise Team 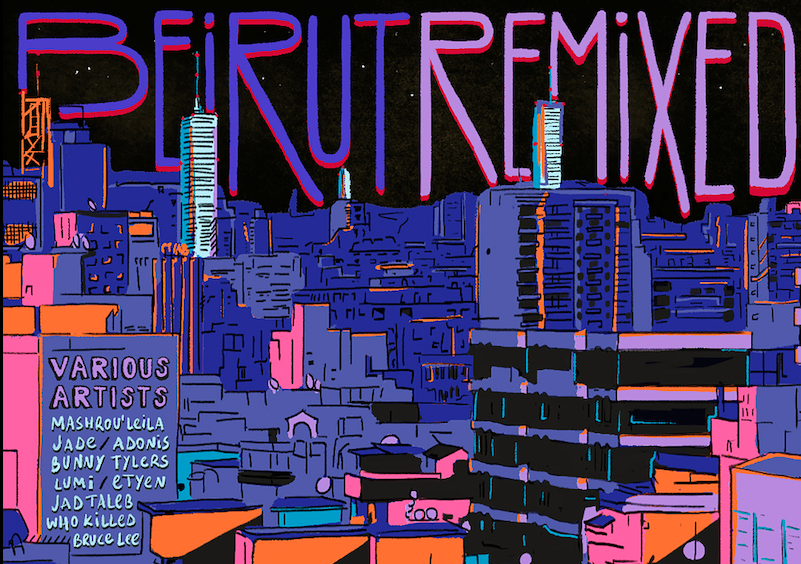 Beirut-based electronic label Thawra Records released its debut VA compilation Beirut Remixed earlier this week focusing on the musical history of the Lebanese capital. The album is an “ode to the golden years of post-war indie local music and the emerging electronic underground,” and features reworked classic tracks of five of Lebanon’s most iconic indie outfits: Mashrou’ Leila, The Bunny Tylers, Adonis, Lumi, and Who Killed Bruce Lee.

Bringing onboard a trio of talented lebanese producers and DJs including producer/DJ, and Grand Factory mainstay - Jade, RBMA alumni Etyen, and veteran electronic artist Jad Taleb, the label tasked each of three with reworking classic tracks by the bands.

Particular highlights of the 9-track VA compilation include Jade’s absolutely funky remix for Who Killed Bruce Lee’s ‘Pool Party’, which spins the already anthemic tune into a groovy electro/hip-hop fusion, and Jad Taleb’s reworking of Lumi’s ‘To The Shore’ also stands out, maintaining the essence of Lumi’s sincere vocals while upping the energy level through a healthy dose of acid house bass riffing and classic breakbeats.

Etyen’s glitch-tinged, downbeat selections make for some of the more introspective moments on the album, in contrast to the dancefloor focused stylings of Jade and Jad Taleb, and closes out the project with a beautifully arranged deconstruction of Lumi’s ‘To The Sea’.

Despite only featuring a fraction of Thawra Recording’s extensive roster, Beirut Remixed functions extremely well as both a showcase of the range of talents under the label’s ever expanding wings, and as a musical tribute to some of Lebanon’s most beloved indie heavyweights.

“In the aftermath of the tragedy that hit Beirut on August 4th of this year, killing hundreds and affecting thousands of our brothers and sisters, we dedicate this album to the Lebanese people, and take this moment to remember and cherish the vibrant musical underground of our beloved Beirut, a community that rose against all odds, and provided a safe haven for creatives and free thinkers while bringing joy, music and dance to many throughout the years.” Samer Etienne El Chami, Thawra Records