A fitting visual accompaniment for an astronomically inspired track.
by SceneNoise Team 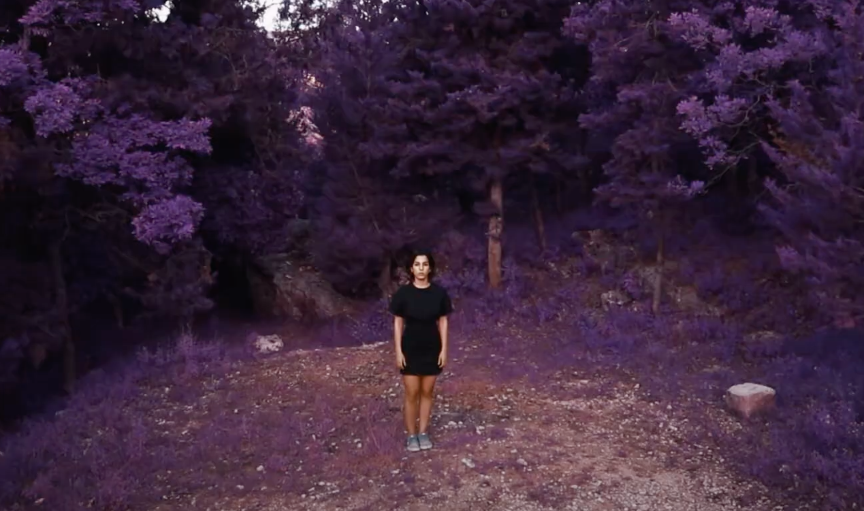 Released just a day after the catastrophic explosion in Beirut Pomme Rouge’s debut EP First Bite on Thwara Records was met with deliberately minimal fanfare, with the duo quickly moving to shift focus to the Beirut relief effort and donating all proceeds from the EP to charities around the Lebanese capital.

Teaming up with director Dunia — who filmed and stars in the endeavor — Pomme Rouge quietly released the music video for ‘Cosmic Crisp’ earlier this week. Lying somewhere between ultraviolet-tinged real world landscape, and some psychedelic alien forest, the music video serves as fitting accompaniment to the expansive, celestially influenced ‘Cosmic Crisp’. Watch the video in full below: