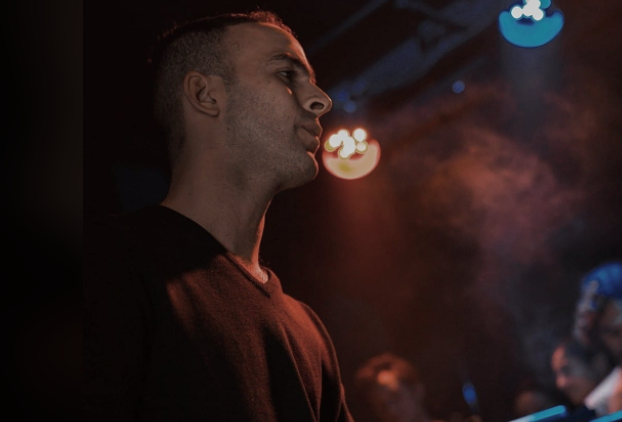 The first of the two projects — PeurDeChanger. —  leans towards the deeper side of minimal and micro-house, starting out with ‘Double Think’, which channels Romanian minimal-techno via warped vocal chops ,reverb soaked percussion, and a deep bass riff keeping the groove over the steady 4/4 beat.

The b-side, ‘PeurDeChanger.’ slows things down considerably, instead relying on a bouncing sub-bass and melancholic chords to carry the somber atmosphere forwards, while in contrast to ‘Double Think’ the vocals and one-shots on this one are a bit haphazard, coming through with a frantic randomness rather than accentuating the rhythmic elements.

The second release — Russ — takes things a bit deeper via Psicodelic sublabel Miniline. Much of the same sound design as heard on PeurDeChanger can be heard here, albeit with a more techno-tinged focus.  The A-side ‘Russ’ instantly kicks into high gear with massive deep tech bass-ridden kick drums and hypnotic shuffling percussion, and screeching lead synthesizer churning along in what's certainly the highlight of the two releases.