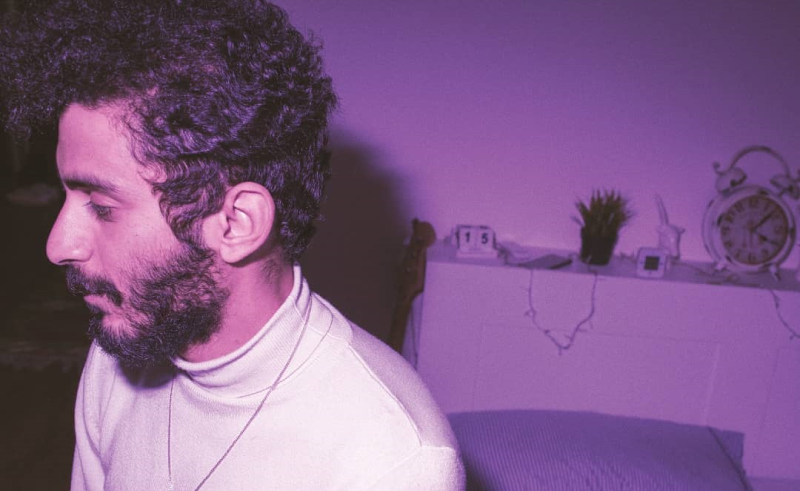 Since the release of Dirty Backseat’s debut single in 2017, the band has gone through some pretty dramatic changes. Initially starting as a trio that then turned into a duo, the Cairo-based act has, in more recent times, become the solo act and alias for Moe ‘Psycho’ Hani. Personnel aside, the DB sound has also evolved and you can draw a clear line between the lo-fi garage rock of 2017’s ‘Hypnotize Me’, through EPs GooBad (2018) and Goodbye (2019), all the way to Hani’s latest release, ‘Nightmares’.

As the first single from upcoming EP, Foolish Lover, ‘Nightmares’ sees Hani wade deeper into the synthpop sounds explored in Goodbye. Released on Cairo imprint, SLOVVDK – of which Hani is co-founder – the influences of the late 70s and early 80s wash over you from the get-go, with high-pitched, warbling synths resurrecting the spirits of Gary Numan and Depeche Mode. That’s not to say that Hani has completely abandoned the garage rock that initially put DB on the map. Alongside a galloping drum beat, Hani finds a middle ground that creates a sort-of lo-fi dream pop aesthetic that’s pushed into further fantastical fogginess by Hani’s voice, which booms and wanes to produce the kind of sleepy vocal melody that the likes of Ian Curtis did so well.

The accompanying video, while seemingly simple, does on some level suit the track. Hani sings of a longing and a wistfulness from a lonely but defiant place. Unusually shot in 4x5 ratio by director Asmaa Hesham Selim, the video places Hani in a kind of suburban purgatory; there’s no one around him as he wastes time, loiters and waits for something that may never come.

It'd be a stretch to call ‘Nightmares’ a new direction for Dirty Backseat, but what we can call it is an evolution of Hani’s solo vision for the act. It has a visceral, chameleon-like quality in its experientiality. You can hear Hani’s vocals echoing through the dark halls of a club, where it would provide more than enough reason for you to move; but it can just as effectively accompany you on a beach-side haze, while you rattle your sandy beer can in search for one last sip as the sun sets in the background. As for what it might say about the upcoming EP, well we won’t have to wait too long. Foolish Lover is out on June 16th.

In the meantime, check out our indepth interview with Moe Hani earlier this year .