A little under a year after the release of his demented debut single, ‘Plateau’, Alternative Matter has released a perfectly polished and eclectic debut album, 'Green Revolution'.
by SceneNoise Team 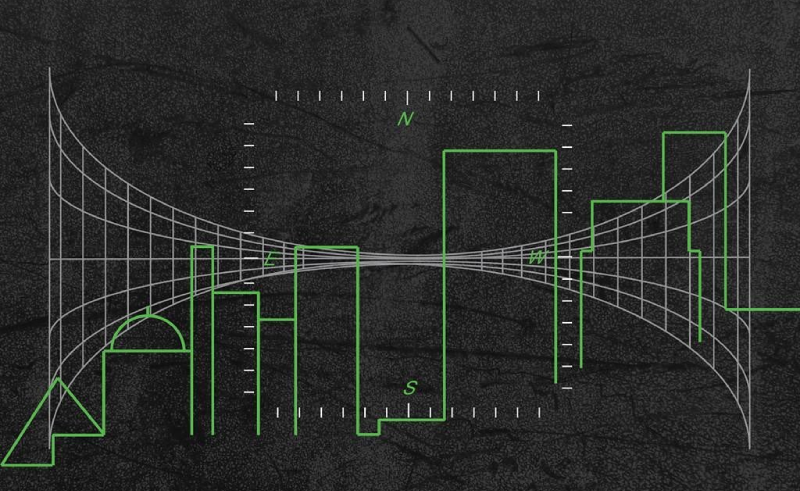 LA-based DJ/producer, Ali Abourehab, doesn't hold back in realising what can only be described as an idiosyncratic vision for his debut album and delivers it to perfection. The eight-track electronica album takes you on a futuristic sci-fi adventure with belligerent, knocking bass; floaty, reverbed vocals; unpredictable drum patterns; fuzzy guitar riffs; and, most critically, a variety of unique synthesisers.

The album kicks off on an ambient note with ‘Blessings’, which acts as a perfect intro into this insane voyage. Then enters the beautiful lunacy of a collaboration with poet Lauren Patt (LOLO). ‘Amethyst’ takes a unique twist mid-song, the bright and almost joyful first half interrupted by a few seconds of silence, before a decidedly more sinister direction takes hold, with LOLO’s words adding another layer to the track. ‘555’ begins with a dark vibe of spookiness till it surprisingly transforms with the interjection of a funky-guitar riff alongside heavily-reverbed vocals .The album continues with the chilling vocals of Pau Castro in the synth-heavy ‘Entangled with Stars’.

The other half of the album can be described best as a thunderstorm of electronic madness, with ‘Green Interlude’, ‘Walls’, ‘Glitch in the Matrix’, and last but not least, their debut track from April 2020, ‘Plateau’. This part of the album is defined by a darker tone than the one that preceded, showcasing a unique versatility to Abourehab's work.

What’s very unique about this album is that it takes numerous directions towards a variety of spectrums, fusing elements and influences from a range of different genres, including psychedelic rock, pop-synth, synthwave and downtempo. Even within the individual tracks, there’s an unpredictability to each one, with nearly all them taking unexpected turns that switches up nearly most, if not all, the elements in the track. This is just the beginning for Abourehab, and where he takes his sound next will be fascinating to hear.