Hot on the heels of their recent single, ‘Keeps Bringing Me Back’, the Pakistani-American act explores duality and dichotomy through a decidedly psychedelic and unpredictable lens.
by SceneNoise Team 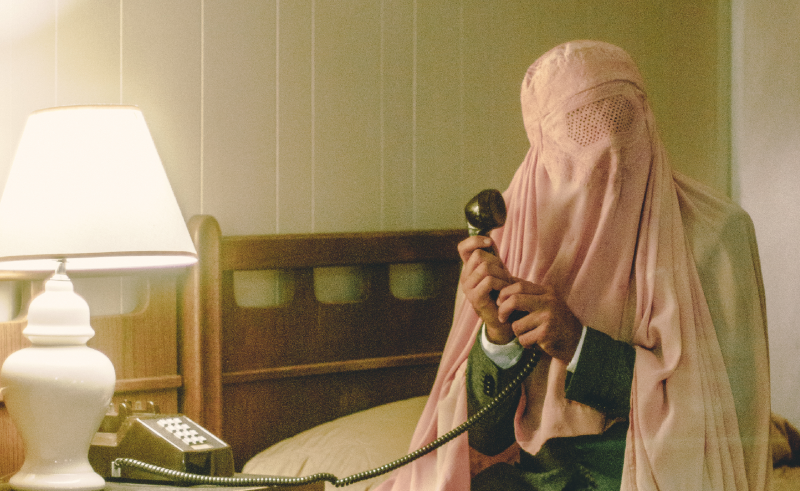 As a multi-cultured, idiosyncratic band fusing their Pakistani heritage with their American upbringing, Blood Cultures owns an entirely unprecedented sound that not only blends cultures, but plays on dualism, polarity and dichotomy. This is no more apparent than in their latest track,  ‘Beneath the Moon & Me’.

The band fuses two distinctly unique movements throughout the song to tell a tale that  is described by the band as ‘the duality between good and bad in life’. The psychedelic indie-pop track amalgamates belligerent melodies with soothing vocal disruptions in an effective attempt to construct the perfect blend of harmony and aggression. A variety of distorted lead-synth stabs give the track an underlying vehemence, though the switch to banging timpani drums, a Pakistani-influenced soft lead, and pacifying vocals changes the mood of the song to a soothing one, before alternating back-and-forth between the more aggressive start.

Director Sam Kristofski (who also produced music videos for acts like Broods and Unknown Mortal Orchestra) goes above and beyond in portraying this extreme sonic and emotional duality. The darker parts of the song are accompanied by fast and seemingly random shots; a man performing some kind of dance/ritual, a car driving through a tunnel and a zoom into a hand turning a knob on a car stereo. At the other end of the scale the softer moments are accompanied by suitably softer visuals, most notably in the form of a woman standing amongst vast greenery. Kristofski also finds influence in the Egyptian God Horus, who he depicts with the sun and moon in his eyes, further cemented the visual duality of the video.

Beyond the motifs and the novelty of it all, this sense of duality and dichotomy speaks to much of what Blood Cultures is all about. “Blood Cultures personifies a challenge to societal norms while bringing attention to differences regarding gender identities and contrasting cultures,” an accompanying description to the track says. ‘Beneath the Moon & Me’ is a fine example of this philosophy and showcases a skill that is often overlooked: fusing very different influences in a balanced and meaningful way.