After their collaborative ‘It's Time to Rush’ EP last year, the two Tehrani label heads and producers are back together for a two-track release that sees them dive into a world made of electro, minimal and dub.
by SceneNoise Team 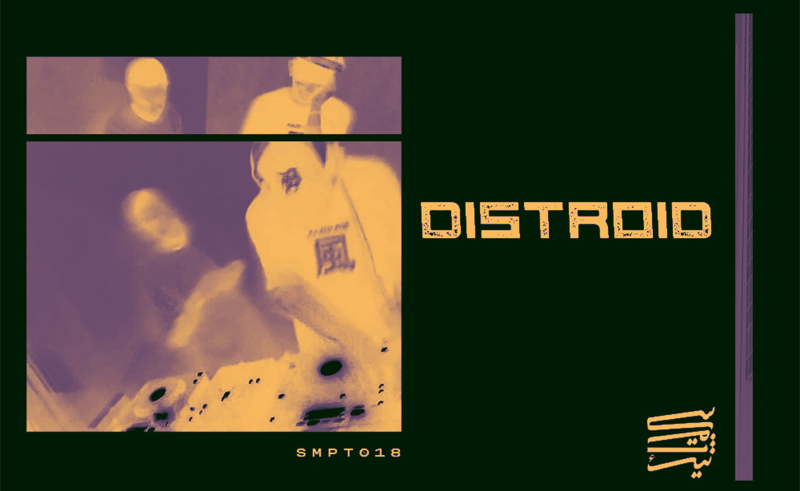 As the co-founder of prolific Tehran-based imprint, Sampatic Records, Kamyar Khanazie was a busy man in 2020, maintaining a steady release schedule of EP’s and collaborations with other artists from the Iranian capital.

In July, the producer teamed up with Nesa Azadikhah and Amira Lii for eclectic EP, Upside Down, having collaborated with the former on July-released EP, Shout it Out. It was another July release, however, that really made a mark. It's Time to Rush saw Khanzaei team up with the head of another trailblazing Tehrani techno label, Bade Rec founder, Arash, aka A Blade of Grass. The album came as a blend of minimal, electro, dub, and deep house, that spoke volumes of the city’s growing reputation as a dance music production hotspot.

Following a solo outing in December with gritty three-track EP, Knockout, Khanzaei has looked to A Blade of Grass once more with Distroid - a brief but busy two-track EP that sees the duo explore electro, minimal and dub. Commencing with the eponymous track ‘Distroid’, Khanazie and Arash’s pick up where they left off and their homogeneous vision moves into subtle but distinctly arranged percussions, warm-wobbly bass, roaming synth melodies - and the phrase ‘self-destruct’ thrown into the mix from time to time. ‘Passion’ follows on smoothly with a similar atmosphere washing over it, though takes on an overall more mellow sound built on a more minimal timbre and a groovier rhythm.

Despite being so brief, the album once again showcases the two producers’ seemingly organic and symbiotic connection that only serves to make us wonder what they could do on a full-length EP.