The unholy alliance that is J!N and Shunus have officially arrived in a sea of synthwave that sets the tone for their long awaited debut Album this year. 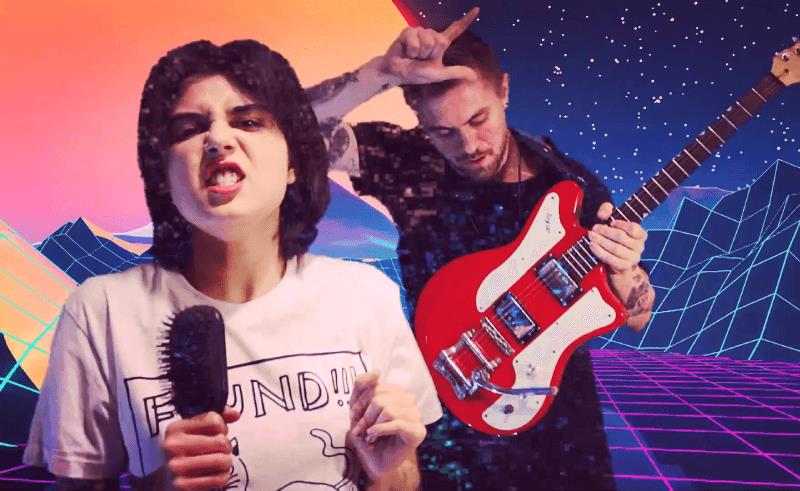 What happens when you throw an ethereally quirky ambient/trip-hop experimentalist into a blender with a producer who likes to operate at the more organic end of house music, THEN turn that blender to synthwave mode? Wolf Fang Midi is what you get.

The Cairo-based duo of J!N and Shunus has officially arrived in all of its wacky glory with new single and video, ‘Jupiter Skyline’, after months of teasing, a string of seemingly impromptu photoshoots and one glorious moustache on Shunus’ otherwise angelic face. Setting the tone for a new album that is currently in the pipeline, ‘Jupiter’ borrows from both artists’ solo inclinations, bringing together soaring synths, a decidedly energetic beat and a gregariously groovy bassline.
The video? Well, words won’t can’t quite do it justice. We can sit here and over-analyse what it says of the newborn act and what it signifies about their audio-visual aesthetic, ad nauseum. Ultimately, though, it’s the two of them having a jolly old time in front of a green-screen landscape that looks like some sort of mountainous region from Tron - or indeed the skyline of Jupiter.

What you can deduce from it (if you hadn’t already from the Wolf Fang Midi Instagram profile) is that this is a devilish duo who aren’t taking themselves seriously on a music scene that is in a constant state of stewing in its own self-applied state of solemness. Wolf Gang Midi reminds us all that music can be fun, but beyond that lies the minds of two unique and shrewd musical operators that have found an engaging sound, despite being an unlikely pairing.