‘Smithereen’ offers the first taste of Rabih Salloum's debut LP, 'Heartrage Hotel', which is set for release in January 2022.
by Ahmed Khalaf 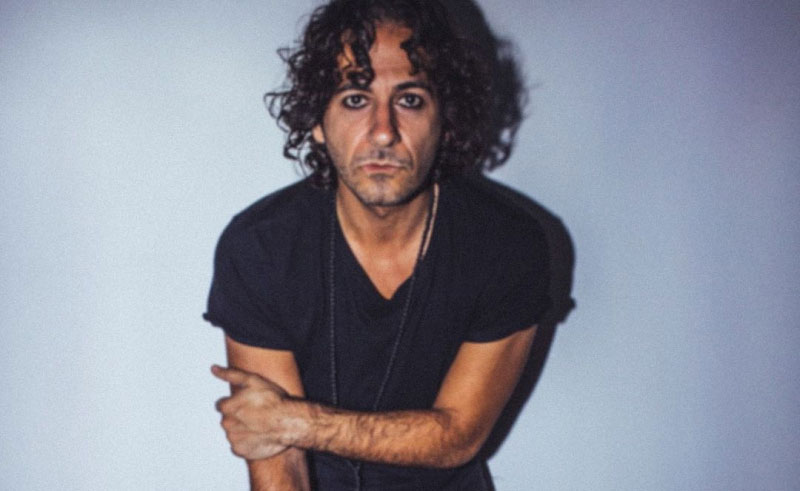 Known by many for being one half of Paris-based, Lebanese electro-pop duo, Slutterhouse, Rabih Salloum lives a different life in the world of music these days. Call it a rebirth, call it a reinvention, his alias as Grave Jones has seen him develop a sound informed by 80's grunge and early 2000’s rock.

Pulling inspiration from his time in academia as a philosopher and writer, Jones is aiming to push rock music back to the limelight and he certainly lives the part, spending time in Lebanon, Paris and Milan where he wears the hats of rock star and model. While we haven't seen many releases from Jones in the last 18 months or so, this is a man well established in his craft, having previously worked with the likes of legendary producers Eric Chedeville, who frequently collaborated with Daft Punk and Sebastien Tellier, as well as Dimitri Tikovoi who’s worked with Nick Cave and Kill the Young.

With the upcoming release of his debut album, Heartrage Hotel, in January 2022, Jones has dropped the first track from the album. As a standalone song, ‘Smithereen’ ticks all the boxes and scratches all the itches of your traditional rock song. An overdriven guitar riff carries the body of the track, with occasional slick licks and flashes of Ozzy Ozborne-style coming together to mount a pleasing assault on the ears.
Previous Article