Home is So Sad: New Postcards Track is a Meeting of Ecstasy & Abandon

Inspired by a 1958 poem by British writer, Phillip Larkin, the Lebanese dream pop band’s latest track is a multilayered outpour of opposing emotions. 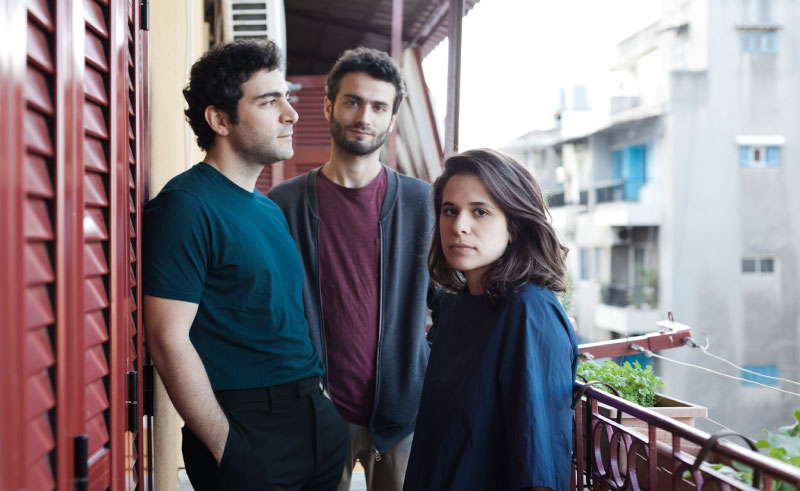 Taken from upcoming, fall-scheduled album, After the fire, Before the End, Home is So Sad’ by Beiruti band, Postcards, offers everything one would want from a dream pop ballad. The track soars, marches, drones and glides across it’s short running time, while the video, directed and edited by Nadim Tabet, provides a fitting accompaniment. Using imagery of airports, planes and the stretches of air and land between them, it balances that very specific, uncomfortably temporary and isolating feeling of time spent in transit - as if cut-off from the natural order of time and space - with a warmth and a longing for home.The unwavering march of drums drives track, at times anxious in its droning, at others soothing in its repetitiveness. Alongside the rain of reverbed guitars and twinkling keys, it provides a fitting backdrop for Julia Sabra's ethereal vocals, her call of “home is so sad,” acting as both a siren of hope and wale of despair in equal measure. This is very much the key to unlocking the track, which was co-produced by the always excellent Fadi Tabbal. It’s inspired by a poem of the same name by English novelist and poet, Phillip Larkin, in which he not only explores the concept of 'the home', but what happens when the soul of that home - or the very thing that makes a house a home, so to speak - is gone. Lines such as “Right beneath the table, where we eat the bread you make,” and “Home is so sad, it stays as it was left,” seems to feed into this notion, albeit under the veil of a much more enigmatic and vague overall body of prose.

We could analyse and dissect for days, making further comparisons and maybe even contextualising the content of the lyrics to a 2021 Beirut. The best thing that can be said about ‘Home is So Sad’, however, is that it’s draw is in its spirit, the intangible nature of it and that rare combination: the warmth of the familiar with the abandon and arrest of the abstract.