Shamstep meets Shamrap (?) in one of the biggest collaborations of the year. In the run-up to their new album, ‘Semitics’, the band’s second single features rapping veteran, Tamer Nafar, and one of the best lyricists in the region, The Synaptik, who come together to add something a little different to the usual electronic-dabke stylings.
by SceneNoise Team 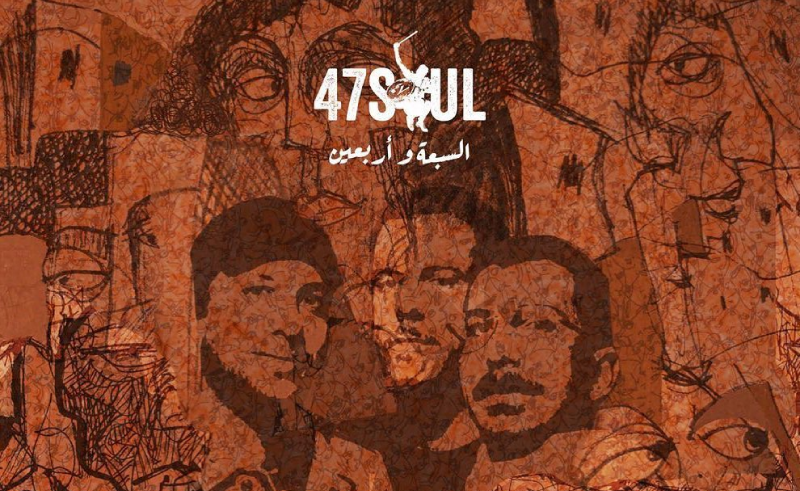 It was only in June that Shamstep madmen, 47Soul, announced that they were to release a new album within three months The first single from the upcoming Semitics saw the band return in typically explosive fashion, the track, ‘Dabke System’, encapsulating everything that has made them one of the region’s most popular bands.

The album’s second single, ‘Run’, is the group’s first ever all-Palestinian collaboration, featuring rap veteran and founder of Palestine’s first hip-hop group DAM, Tamer Nafar, and one of the region’s most talented and revered lyricists, The Synaptik.

As has become a hallmark of 47Soul music, the track is a mix of English and Arabic, though the presence of the band’s two rapping guests tip the scales towards the latter. As has also become a hallmark of 47 Soul music, ‘Run’ is a whirlwind track that bowls you over in the first few seconds and doesn’t let up till the very end. While it very much fits the style of 47Soul and maintains the energy of the previous single, there’s something of a skittish trap influence in there, no doubt imported in by The Synaptik and Nafar.

Since releasing their debut album in 2015, 47Soul have been at the forefront of the Shamstep sound, which fuses the traditional Levantine Dabke music with electronic music. Semitics is scheduled for release this August.
Follow 47 Soul on Instagram and Facebook.
Related Artists:
Previous Article