As the music scene rises and the needs for musicians increase, we’ve compiled a list of five studios that offer the best quality and most comfortable studio atmosphere.
by Ahmed Khalaf 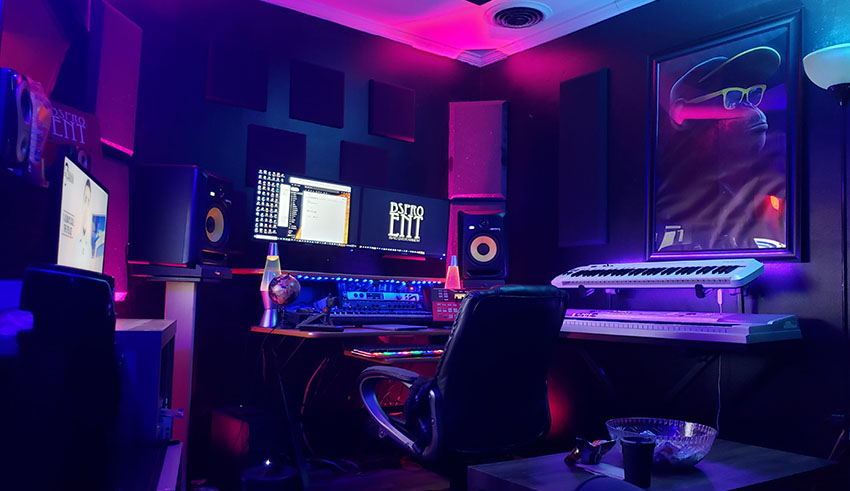 Music is taking over the arts industry worldwide, not just in Egypt. The shift from imagery and motion pictures to sound can be found from the abundance of musicians, producers, audio engineers, live mixers, instrumentalists, and artists in general, which are much more available than actors, directors, and film producers. The problem that people might face is where to record or where to find a good producer to make an instrumental for you. We’ve compiled a list of five studios that offer everything you’d need for your audio services.

Probably three of the most progressive producers in Egypt’s music scene, Issa, Assouad, and Novo have been establishing their name for quite some time now, and recent times have seen them boom onto bigger projects and more frequent releases. Their studio, Overnight, would be your go to if you’re an aspiring artist wanting to build your name, or even if you’re a big star, the studio is where you belong. Many artists ranging from rappers like Nubi and Gamiano to singers such as Sharmoofers’ Ahmed Bahaa ‘BOB’ among others. The studio offers music production, recording, mixing, and mastering, as well as special packages for entire projects. The studio is located at the Fifth Settlement for all those who live on the Eastern side of Cairo.

Undoubtedly a sorcerer at sound design and modular synthesis, KUBBARA is a notoriously talented producer and sound engineer, known for his endeavors in live synthesis with his sets, mixing and mastering for rappers and musicians, as well as DJing for the likes of Abyusif, Abo El Anwar, Nadine El Roubi, and Zaid Khaled. KUBBARA offers a wide range of audio services such as recording, mixing, mastering, production, as well as live synthesis and sound design. KUBBARA is known for having probably the best synthesizer collection in Egypt. You can find his coveted studio in El-Haram area, with the studio having an astonishing view of the Pyramids.

If you ask around, nearly 60% of Egyptian producers were taught at Epic 101 studios. Managed by Shiha, Sherbiny, and Hashem, the trio have mentored an entire generation of producers, engineers, DJs, and visual artists ever since their establishment in the early 2010’s. Besides their well-known teaching programs, Epic also has a stunning recording studio, filled with drums machines, synthesizers, and everything you need to put out a perfectly polished track. You can rent out the studio by the hour as a producer, they also offer music production, mixing, mastering, recording, visual production, and 3D projection mapping. Epic 101 is located in the heart of Dokki for those living in the heart of Cairo.

Vibes studio is one of the oldest and most known music studios available in Egypt. Ever since their establishment in 2011, the studio has seen massive expansion, in terms of rooms available, services offered, and the crew themselves. The studio offers a huge catalog of services such as affordable rent of acoustically treated rehearsal and practice spaces with music equipment available as well, production, recording, mixing, mastering, as well as offering sound and acoustic treatment for venues and home studios, full events services with lights sound, visuals, and da technical team available, and topping it off with consulting services in music development. Like Epic 101, Vibes is also located in Dokki.

iStudio’s main goal is to offer the best studio atmosphere for any musician, producer, singer, rapper, or any one coming to the studio to do anything. They perfect every single detail, from the sound quality and the fast processing speed on the computers to the hygienic quality of their bathrooms. iStudio offers music composition and production, recording, mixing, mastering, post-production work, and dubbing, which is adding audio bits and dialogue to the soundtrack of a motion picture. For Nasr City and Heliopolis residents you’re in luck, iStudio can be found in Nozha Street by Triumph Square in Heliopolis.