The crew behind Unfamiliar have so far been delivering a magnificent season, with this last booking being one of the main highlights.
by SceneNoise Team 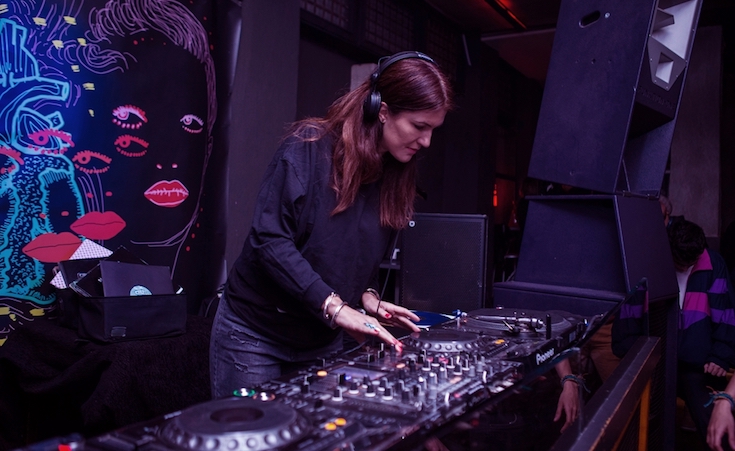 It’s Tuesday night, and although it is Valentine's Day, you can rest assured this is not the reason this edition of Unfamiliar is taking place. It’s been a while now since the party series kicked off, hosted by one of the scene's most hard working DJs, Zeina Ezz.

The series has so far been taking place on Tuesday nights surrounding the concept of applying different types of artists, engaging multiple senses at the same time - where a unique piece of art is specially created for every event to be showcased in parallel with the music. On this specific night, the artwork came courtesy of the very talented Persian artist, Chanel Arif. On the musical side, the crew behind the brand had truly outdone themselves booking Half Baked Records’ incredible artist, Julietta, who delivered an enthralling set filled with prime house cuts.

Alongside her role as founder and host, Zeina also took to the decks to either warm-up or close out the night for her international guests, and this time - during the warm-up - she established the initial vibe, before Julietta took over playing well into the early morning hours. The visiting DJ's set was very delectable, hypnotic at parts and at others times came off hard hitting and straight to the point. From Steaward’s Track 6 to Ion Ludwig’s Im Kloster, Julietta kept the crowd on their feet all night - and what a crowd it was, with some of Cairo’s most dedicated clubbers attending. It is kind of hard peeling yourself away early from a party as good as what Unfamiliar put on last Tuesday, which is why we imagine that many work offices probably saw several employees away without official leave. The party raged on well past 3 am, and when the music finally stopped, most of the crowd was still going strong - clapping and cheering as the ceiling lights in Zigzag came on. The amount of potential this city has when it comes to an educated crowd, and a well-informed local DJ base is increasing every year. The number of promoters bringing in amazing bookings every month is also on the rise and in the case of Zeina’s Unfamiliar it is very refreshing to see a proper club night happening regularly on a weekday. Hopefully, their success will lead to the creation of a party scene where every night has amazing underground DJs playing somewhere in Oum El Donia.