SLOVVDK's second sweeping mixtape is a weird and wonderful trip into some of Egypt and the Middle East's most unique underground artists and even throws its net beyond the region.
by SceneNoise Team 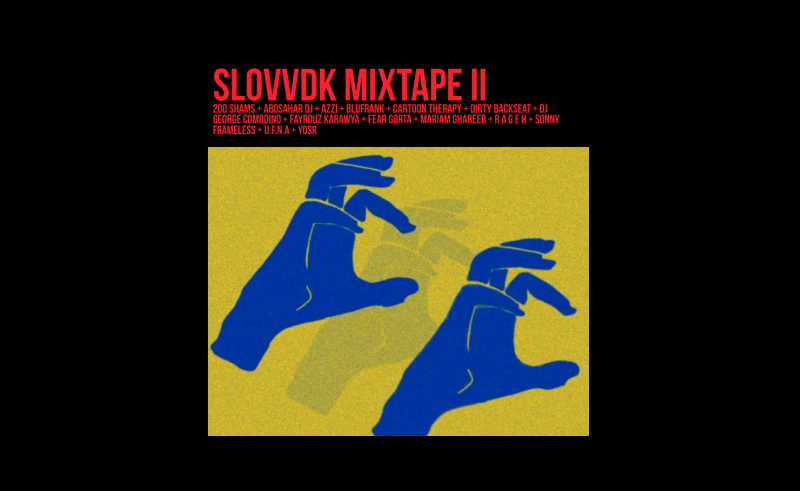 Over the past two years, Cairo based imprint, SLOVVDK, has steadily been putting out releases at a pace that puts more established labels to shame.  Following their last compilation in April 2019, label co-founders, Ragy Ahmed and Moe Hani, have gathered-up a group of artists from “various musical backgrounds, styles, and nationalities” to contribute to this new mixtape.

Featuring twelve artists from around the Middle East and beyond, the compilation includes label mainstays like Blufrank, Azzi, and Dirty Backseat, as well as newcomers Yosr, Fear Gorta, Cairo-based Danish artist Sonny Frameless, as well as many others.

Comprised of 15 tracks, this effort is simultaneously both their longest release and their most diverse. SLOVVDK MIXTAPE II crosses over many musical territories, shifting between off-kilter electronica, pop experimentation, house, dance-hall, mahraganat, as well as many, many other genres in-between.

The entire compilation was mastered by 200 Shams, a new project by SLOVVDK founder Ragy Ahmed, who also contributes production to ‘Bebalak’, with Azzi, Yosr’s ‘Keep’, Fayrouz Karawaya’s cover of “Je Suis Malade’, as well as both parts of U.F.N.A’s ‘See You My Night’.

It’s an overall vibrant, diverse and eclectic release that speaks of SLOVVDK’s unique positioning on the Middle Eastern music landscape. While the tracks may have little in common on the surface, what does bind them together is a distinct since of originality that makes each and every one of them unique to their artists.