Released on Thawra Records, the long-awaited debut EP from Joy Moughanni and Alex Chahine, aka Pomme Rouge, showcases a melo-techno/tech house sound built on an intricate approach to sound design and ambient atmospherics.
by SceneNoise Team 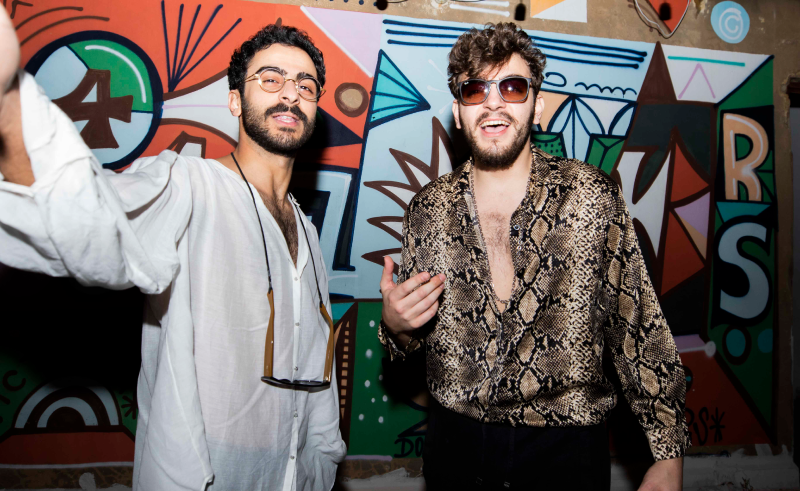 Following their April release, ‘Not a Gizzmo’, on fellow Beiruti label, Digger’s Delight, the debut EP from Beirut-based duo, Joy Moughanni and Alex Chahine aka Pomme Rouge, comes in the form of three tracks, produced and recorded during the twosome’s month-long residency at Riverside Studios in Berlin. Featuring a remix by veteran German DJ Tobi Neumann, First Bites is largely focused on a tech-house and melo-tech influenced sound that's quickly becoming a signature for Thawra Records.

The opening track, the largely ambient and downbeat ’Cosmic Crisp’, is a slow burner that takes it’s time building up layers of lush pads and sparkling arpeggios, slowly gaining in tempo as the track reaches it’s cathartic drop around three minutes in. This affinity towards more ambient sound design comes through best on the second track, ‘Apple Crumble’, which features the bare skeleton of a soft, percussive beat, and instead spends the entirety of its five-minute runtime building up layers of swirling atmospheres  At one point, it almost sounds like a pod of cosmic whales, drifting through space.

Things begin heating up with the closing track ‘Empire’, where a simple analog bassline serves as the main source of energy, driving the track forwards beneath further layers of bright, arpeggiated synths. Sonically, there isn't anything wrong with Pomme Rouge’s debut EP, and the two clearly have an ear for intricate sound design. However, if you compare it to Neumann's contribution to the EP, you’ll hear the experienced German’s nuanced use of groove and rhythm, which the rest of the release might lack. Even at 10-minutes long, the remix manages to introduce new layers of excitement.

Overall, though, this is a well put-together, solid debut from the Beiruti natives, who are still very much at the beginning of a new chapter of their musical careers, following their tenures as part of electrofunk duo, Gizzmo.