From Alan Bishop and The Invisible Hands, to the Palestinian troublemaker, Jowan Safadi - the music of the Middle East is taking to the big screen. 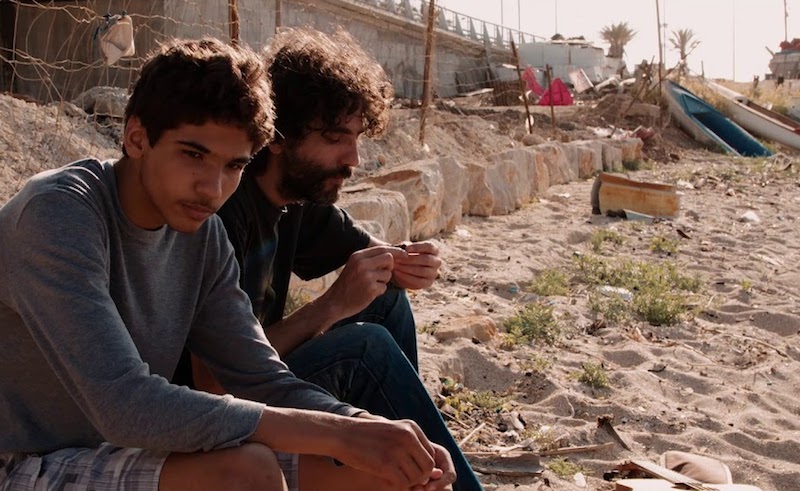 If you’re not familiar WOMEX, or The World Music Expo, it’s one of the largest and most inclusive conferences and networking events for musicians/record labels/promoters/booking agents of different backgrounds from around the world. Kicking off in Berlin back in 1994, WOMEX brought the conference to over 11 countries over its 23 editions. Their latest edition saw over 2,600 professionals gather in Katowice, Poland including 303 artists and individuals representing over 500 labels, 700 promoters and all other aspects of the music industry.

The annual event covers other aspects of the music industry as well, including a trade fair for companies, conference sessions, network meetings and expert mentoring sessions. In addition, an award ceremony is held to honour musicians and music professionals, along with a film showcase that screens music-related movies from around the world. Taking place this year in Las Palmas, capital of Gran Canaria, between the 24th and 28th of October, it promises to be quite the occasion.

Middle Eastern presence has been solid in WOMEX throughout the years, but it's especially strong this year - particularly in the film section. 16 movies will be screened between the 25th and the 27th telling stories from Iran, Burkina Faso, Zambia, Namibia, the US and many others. Three movies on the film schedule take place in the MENA region; Nocturne For Pit Orchestra (Bahrain), The Invisible Hands (Egypt) and Namrud (Palestine/Israel).

Nocturne For Pit Orchestra is the second installment of a 2014 project in which director Ilaria Lupo invited sound artist Joe Namy to create a soundtrack in a Beirut construction site with the help of the workers and their tools as instruments titled Concrete Sampling, Arrangement for Derbekah and Jackhammer. For the second edition, Lupo tapped artist Rabih Beaini to recreate the experience in the Bahrain National Quarry and explore the dynamics, music-making and labor while digging into socio-economic shifts widening in Bahrain and the Gulf Region.

If you follow underground music in Egypt you might be familiar with the name The Invisible Hands;  a Cairo-based band led by American singer, bassist and ethnomusicologist, Alan Bishop, of Sun City Girls and Sublime Frequencies, alongside members Adham Zidan, Mohamed Asem, Cherif El Masri and Aya Hemeda. Bishop and his band are the subject of Greek director Marina Gioti’s eponymous documentary, which starts soon after Alan’s arrival in post-2011 Cairo as he sought to translate his old songs into Arabic, before ending up starting a band.

It's every bit as twisty a ride as it sounds, as Gioti herself revealed when we got the chance to speak to him.

What made you want to make a film centred around a man like Alan Bishop, in a city like Cairo?

I happened to know Alan through his music with the Sun City Girls, his solo work and of course Sublime Frequencies. I met him in person in 2011 as me and some friends invited him for a show in Athens. I happened to meet him again a year later when he had already moved to Cairo and was working on a new project where young Egyptian musicians were translating old lyrics of his into Arabic. I found the story interesting, so I asked him if I could film it, he said yes and there we were, me and Georges in Cairo a month later. It was a crazy idea that almost utterly destroyed us all, but definitely worth it, now I see it in retrospect.

It all took quite a while, we understand...

The film took 5 years to complete, from spring 2012 to April 2017. The shooting lasted two and a half years, across five month-long trips to Cairo twice a year. We shot more than 400 hours of footage, so the editing process meant a three  year 'confinement' in the editing room.

Was there a specific angle or approach that you adopted in telling the Invisible Hands’ story?

There definitely wasn’t a formula, but a list of 'nots' that all of us involved, including the band were against. We set out to to NOT make a Bishop/ Sun City Girls biography, NOT a classic rock doc about a band, NOT a film about the 'Arab Spring'. There were strands of fantastic stories to be told about amazing characters that we met on our journey and unpredictable experiences that we encountered, which in the end defined what this film was about. The complexity of people and circumstances demanded a multilayered, psychedelic black comedy approach directly influenced by the city, the band’s music and the Sun City Girls philosophical universe, the horror and the humor of our times.

What kind of challenges did you face during the making of the film?

Besides many personal challenges at the time, I guess the lack of any sort of funding and the often tumultuous political conditions both in Egypt and Greece (our country of origin) at the time were the biggest obstacles. Our political frustration and melancholy were also obstacles. Yet that’s filmmaking and that’s life. None of them are easy. But you can make a film with a plot structured around these obstacles, which in effect is The Invisible Hands.

How has the film been received by audiences?

The film premiered at Documenta, one of the world’s most renowned art events, and later at the Berlinale. Despite these major events, wherever we screen it, from living rooms, to village cinemas, to community centres, we get a very warm welcome from people of all ages and without them necessarily being music freaks, art experts or Sun City Girls aficionados.

What was it like getting to know Alan Bishop and the story behind the Invisible Hands? Did you learn a lot?

Alan Bishop is one of the most charismatic, inspiring musicians and an artist with a particular philosophy on how to do things that I always felt very close to. We feel privileged to have been in his company and often under his mentorship. Through him we met Aya, Cherif and Eddie, his very talented Egyptian band mates, their family, their friends. It was a joy to be around these people with whom we became a kind of extended family.

How was your time in Cairo in general?

For someone from Athens, the place felt immediately very familiar and warm, yet far more chaotic. Cairo is not a city, it’s more of a force you cannot ignore and in our film it is definitely one of the characters. You have to improvise your way around it. We made the mistake of having agendas, plans and schedules - and saw them all fail the next minute. At the time that we were shooting, the country was undergoing one political crisis after another, therefore things were even more asymmetrical, weird, melancholic and frustrating, but above all lovely.

The third movie representing the Middle East at WOMEX is Namrud (Troublemaker); a movie centered around alternative Palestinian-Israeli musician, Jowan Safadi, and his band, Fish Samak. Jowan was born as a Palestinian in the State of Israel and alongside his band, he delivers songs that are social, emotional, political and philosophical in equal measure - all things that contribute to essence of film, as we found out from director, Fernando Romero.

What triggered your interest in making Namrud?

I'd known Jowan for long time before this project started. We shot some music videos together for songs like The Microchip Song and In The Arms of Occupation. And then, with my friend Asifeh, we started to work on a film project about different artists in Palestine. That project turned out too difficult to make, and it naturally developed into a movie about Jowan Safadi alone.

With a setting like Palestine and a character like Jowan, what kind of angle did you want to take?

It was clear from the beginning, that Jowan (and Don) would be our 'heroes' in this movie. But, at the same time, it was very important for us to show him as he is; a complex, overthinking and individualistic artist. We shot over 130 hours of material, so we spent a lot of time in the editing room. The great editor Wolfgang Auer is responsible for much of the storytelling style, which focuses on small and personal issues.

Did you face any challenges in completing this vision?

One big challenge was the small budget, but I guess this is normal for this kind of movie. Another challenge was the language issue, since I don't really speak Arabic, and understand no Hebrew at all. And of course, the long duration of this project was sometimes exhausting, but at least the shooting periods themselves were really nice and fun.

What kind of reactions have you got so far?

Surprisingly good! I didn't expect the European media to be so generous in their critique - I thought they would be against Jowan's views. Besides one little incident with the Austrian National Film Festival, who didn't let us participate because, in their opinion, the movie is 'one-sided', lots of newspapers, radio and TV stations received us well, and the international festivals keep screening Namrud. So,it was a great surprise.

What was it like getting to know Jowan Safadi, and delve into his life? Did you learn a lot?

Since meeting Jowan for the first time in 2011, we've become friends and spent lots of time together. I've visited him, he's visited me and I've learned so much from him. His way of thinking, and his passion for questioning everything around us has influenced me, personally. For me, Jowan is the archetype of an artist.

Having spent so much time in Israel/Palestine making this film, what is your perception of the place?

I subscribe to almost everything Jowan stands for. I wish for Palestine the same as I wish for Austria or Spain: to become a place where social justice prevails, where there exists equality and freedom, the wealth is shared by the citizens and where of course there is no distinction made by the state to its citizens regarding race, ethnicity, religion, sexual identity etc. Particularly in the case of Palestine, there should be a right of return for refugees. Until that is achieved, any critical voice demanding change has my support.