The latest single from the Shamstep madmen's upcoming album, 'Semitics', is as deserving of a video as any track they've made for the simple fact that it's the band's first all-Palestinian collaboration. Their collaborators? Just the founder of Palestine's first ever hip-hop collective and veteran rapper, Tamer Nafar, and one of the most talented lyricists in Middle Easter rap today, The Synaptik.
by SceneNoise Team 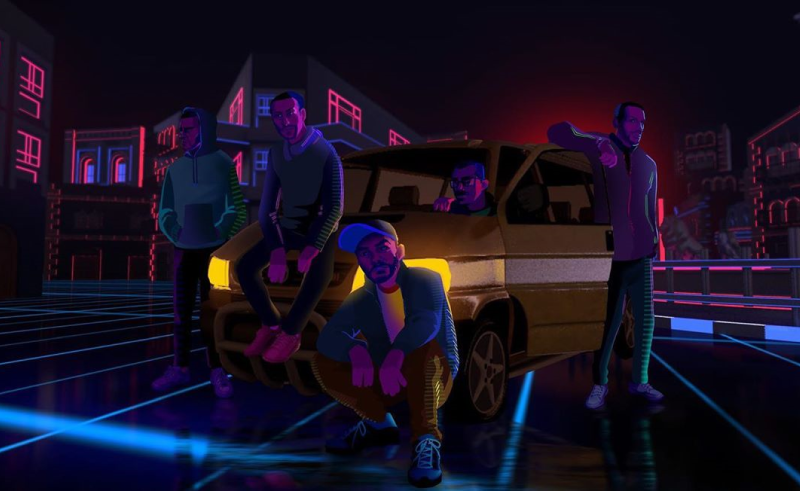 With their next album, Semitics, on the horizon, Shamstep band, 47Soul, have served their most satisfying slice of the LP yet, with the help of rappers, The Synaptik and Tamer Nafar.

Released earlier this month, ‘Run’ saw the group recruit the rhymers for their first ever all-Palestinian collaboration – reason enough to bless this first with a video. Carrying the band's typical bowl-you-over energy, the track mixes Arabic and English, as has become custom of 47Soul.

The video is suitably bright, coming across as some kind of psychedelic cross between Tron and Grand Theft Auto - or even Crazy Taxi. While it carries a 'lyric video' tag, it certainly isn't in the common sense, because  there’s a general consensus that a 'lyric video' is not an 'actual video'. With 'Run', there's clearly been a lot of work put into it; the video is jovial and fun, and the lyrics don't look like that of a an old karaoke machine - they're used as part of the visuals.