The Cairo-based producer deconstructs and fragments dance music into an unpredictable, nebulous sound. 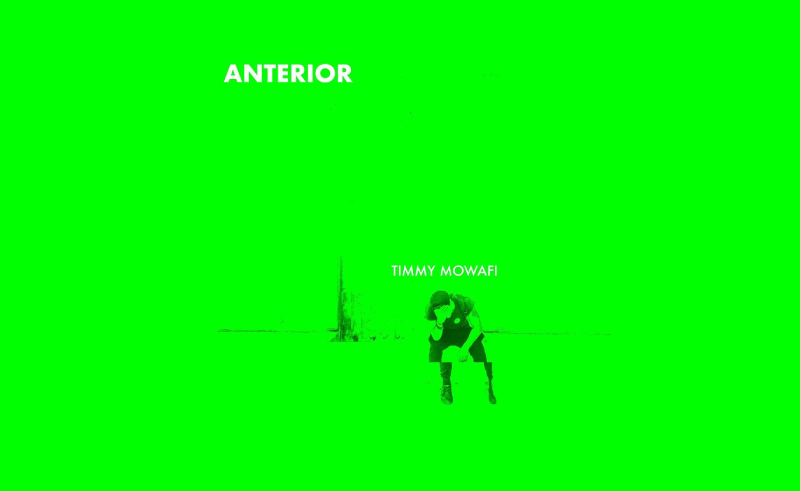 Recorded around two years ago, Cairo-based producer Timmy Mowafi’s new EP, Anterior, feels more like it came from two years in the future. The three-track release takes club and dance music by the neck and does some sick, unspeakable things to it – and it’s all the better for it.

There’s no stable tempo and consistent four-on-the-floor beats to be found in Mowafi’s organic, nebulous sound. Instead, each track builds, morphs and evolves in a seemingly natural way, though that’s not account of a lack of structure or thought on Mowafi’s end.

“Usually when I write music, the starting point is an emotional one,” he explains “Then the track takes on a storytelling aspect using recurring, irregular elements and pace as plot points.” And it’s this point that’s integral to the EP and defines the first track, ‘Dilettante’. That emotional starting point is apparent throughout, most notably in a synthesized melody that harks to an old timey carnival. More specifically, it registers as a distorted carousel ride theme and breaks through the otherwise heavy, industrial-tinted fragments of relatable club music sounds.

A darker tone informs track two, ‘A9A’, and it’s possibly the most consistent and tangible track of the three. There are moments when Mowafi threatens to veer off into tangents of experimentation, but it’s a controlled, precise and embeds indiscernible vocal samples to heighten the drama. The EP has been referred to as post-club and you can see why – this track, however, has one foot in the club and the other in a more fragmented soundscape driven by bass.

‘xy7’ provides a fitting closing to an altogether anarchically conceived release. As Mowafi states, “these are moments from the past, dismantled and put through the microwave,” and there’s a melancholy that pops and sparkles through the track. It isn’t a mopey melancholy, not a melancholy that feel sorry for itself, though. There’s a depth and heart in its brief forays into ambiance and if the opener, ‘Dilettante’, deconstructed club music, ‘xyz’ does so and throws it into a blender with several others. It’s most important, distinguishing characteristic, however, is its underlying, schizophrenic emotion, moving quickly and easily between dreamy, ethereal, broody and even dancey.

“I like that you can bring out sentimentality from something mechanical,” Mowafi adds, pondering when we might see new material and how this world can communicate with the world of Horrible, his DJ act alongside brother, Wally.

“When I find the time to make more music it will be along the same lines, but maybe more club than post. I’d like to see how I can inject some of it into my DJ sets and have that feedback loop from a crowd,” he adds, understanding full well that Anterior is a dense record, suited to the speakers of only a select few spaces in his native Cairo.

Anterior is available on in Bandcamp.