The Sweden-based artist is no newbie, but new horizons beckon.
by Farah Geninah 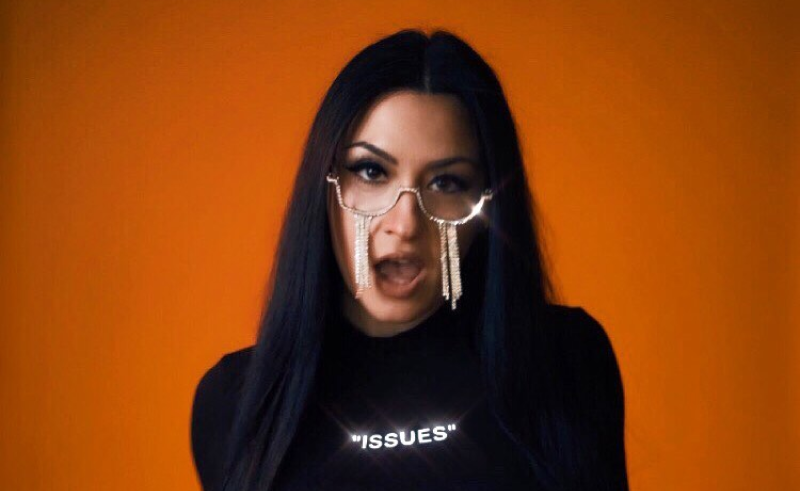 Freestyling is an art that not any rapper can get to grips with - even more so when attempted in two languages. Three? Well that’s something that Sweden-based, Iraqi-Syrian rapper, Nayomi, is working on.

Though rapping in Swedish and English comes more naturally to her,  she always intended to take on Arabic rap. “I feel like we, as the new generation of Arabic musicians, have that multilingual side to our music and whenever I hear songs that include more than two languages, it makes me feel like, yeah, that’s what the future sounds like,” she told SceneNoise, hot off the heels of two impressive freestyles; ‘CLOUT’, which she does over the beat of Offset and Cardi B’s track of the same name; and ‘Illy’, a bass-driven, party banger in the making.

Nayomi is no newbie, however. She started off by joining a Swedish rap group called LVT and then – after performing solo for 10 years – was signed to the Swedish record label, State Crown, before opting to operate as an independent artist only one year later. She’s worked with the likes of Swedish reggae/pop act, Syster Sol, and has toured with major reggae/hip-hop artist, Dani M.

“I think I promised myself early on to make my music kind of light, since I wanted people to turn to my songs for fun times and partying,” she tells SceneNoise. “But that promise threw itself out the window, since my music’s been so much about the struggles we face as women, both in normal life and also as women in the music industry.”

Nayomi exhibits a strong understanding of lyrical symbiosis and manages – through her combination of different languages – to pull off verses that fall into place and carry a noticeable flow – one which is void of that sense of awkwardness or failed synchronisation that sometimes accompanies the work of multilingual artists. '

Off the back of the freestyles, Nayomi is looking to further delve into her native Arabic language in future releases and is currently working on an Arabic EP, set for release before the end of the year.  Stay tuned.