Against the beautiful, scenic backdrop of a desert, the artist combines elements from folk, blues, tarb and maqam.
by Farah Geninah 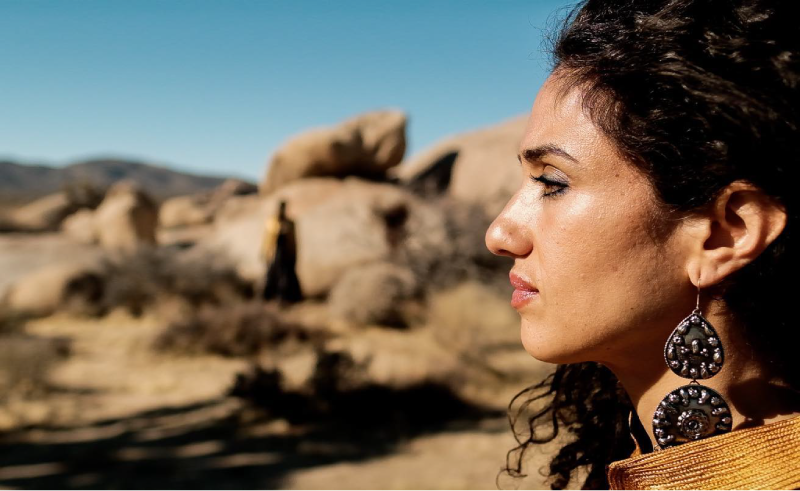 California-based Lebanese artist, Naima Shalhoub, has released a dynamic new track combining sounds inspired by the traditions of folk, blues, tarb and maqam. Featuring featuring Palestinian-American musician, Excentrik, on guitar, the powerful track – which repeats the same verse throughout – sees the artist speak of her desire to be entrenched in nature, a wish actualised when water from the desert is streaming over her head in the video. It’s an altogether relaxed track that really sparkles at the moments when you can hear the seamless blend of Middle Eastern and bluesy western sounds.

Shalhoub – who also happens to be a composer, performing artist and educator – frequently visits themes of remembrance, freedom and belonging through her discography. In 2015, Shalhoub released her first LP, which was recorded live  in collaboration with a group of women whom she had been teaching a course on music as an empowering tool. Her first full-length studio album, Sphir, is due for release in June of this year.