Five months on from its release, the ethereal track has been reworked, leaving the soul of the original intact, but wrapping it up into a skittish, ambient musical nebula.
by SceneNoise Team 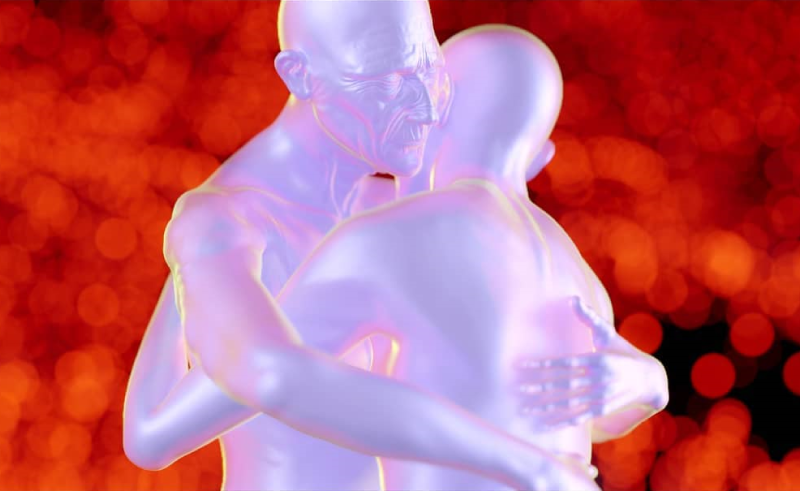 In September, 2020, the Amman-based duo of Idreesi and Muhammad Abdullah took a trip into some kind of fifth dimension with ‘Maraya’, an fantastically intangible, atmospheric track that pulls together influences from a range of different corners of the musical spectrum, bedroom pop, trip-hop and ambient the most obvious.

Some five months on, the track has received an audiovisual remix by Joranian duo, Basel Nouri and George Rizeq, aka Arabs with Synthesizers (AWS), and Berlin-based Egyptian multidisciplinary artist, Omar El Kammar, who provides the visuals.

Though the soul of the track remains largely intact thanks to vocals, the remix pushes it into more brooding sonic territories that still very much follow suit with the AWS sound. It straddles the line between organic and synthetic, the light and the dark. Driven by a skittish trip-hop-style beat that kicks-in after an introductory cacophony of synths that sets the tone for a dramatic, winding five minutes-plus of music. The video, meanwhile, is a 3D visual feast of colour that kicks into life with the image of two molten figures in an embrace. Check out the original below.