After months of teasing and a string of singles, this latest release is a triumph for the fledgeling NY-based label.
by SceneNoise Team 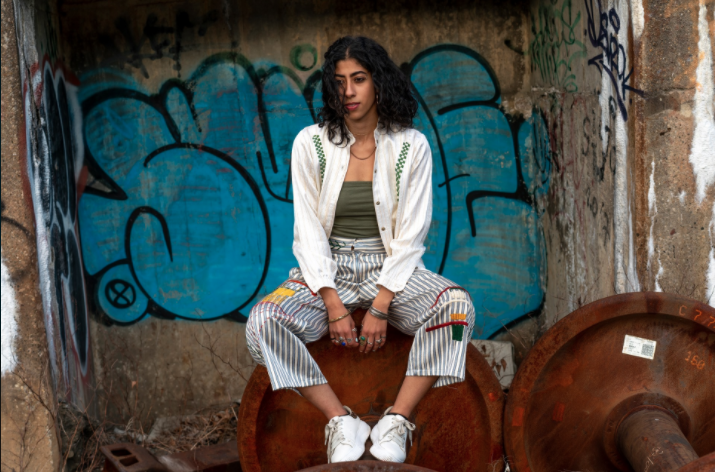 As with previous releases, Felukah puts her influences front and center, drawing upon the socially-conscious, activist tendencies of J. Cole and Ab-Soul whilst attempting to merge them with the highbrow abstract wordplay of legendary New York MC MF-DOOM.

However, on Dream 23 activist themes are put on the backburner for a more inwards-looking lyrical focus; this album is about Felukah, by Felukah, and takes us through her own internal dialogues as she deals with fame, family, identity, and diaspora, torn between homesickness for dusty cairo and the undeniable musical momentum of New York’s grimy streets.

Dream 23 sees Felukah switching out the lo-fi, boom-bap inspired production that dominated her previous albums for a more contemporary, trap-influenced sound that remains consistent throughout the project. On the instrumental side of things there is hardly a fault to be found; producers Abdalla Moussa, ELDOKTOR, Hansolo, and 77 do an excellent job with the beats, which remain instrumentally cohesive throughout the project, and smoothly fuse atmospheric, pop-tinged chord sequences with tight trap drum kits and rumbling 808s that slap on earbuds, in a car, or on any club sound-system.

Co-produced, mixed, and mastered by Mostafa Zaghloul, Dream 23 is by far Felukah’s best engineered project, and — in a step away from the rough, DIY sound of her last two albums — her vocals sit comfortably amongst the instrumentals, rather than throwing them out entirely.

Felukah’s delivery varies heavily across the length of Dream 23; tracks like 'Mantras' and 'All Things Fly (feat. Dena Anuk$a)' hit hard with tight, shifting flows, and catchy choruses. On the flipside, tracks like 'Heliocentric' and 'Apocalypse' come across a little grating; there's only so many times one can hear prose about sipping Egyptian fruit juice, cosmic energies, and healing crystals before feeling like the pool of inspiration is getting rather shallow. Self-love and expanded consciousness are both great themes, but in moderation.

That being said, Dream 23 is still a noticeable step forward for the recently minted MC, who has clearly spent time and effort refining her lyricism and wordplay, and has taken confident step towards filling the shoes of a guiding female voice in an increasingly male-dominated rap scene.