"A modest sense of composition that champions repetition and synth-wave melodrama," says Cairo-based label HIZZ on their new charge's debut. 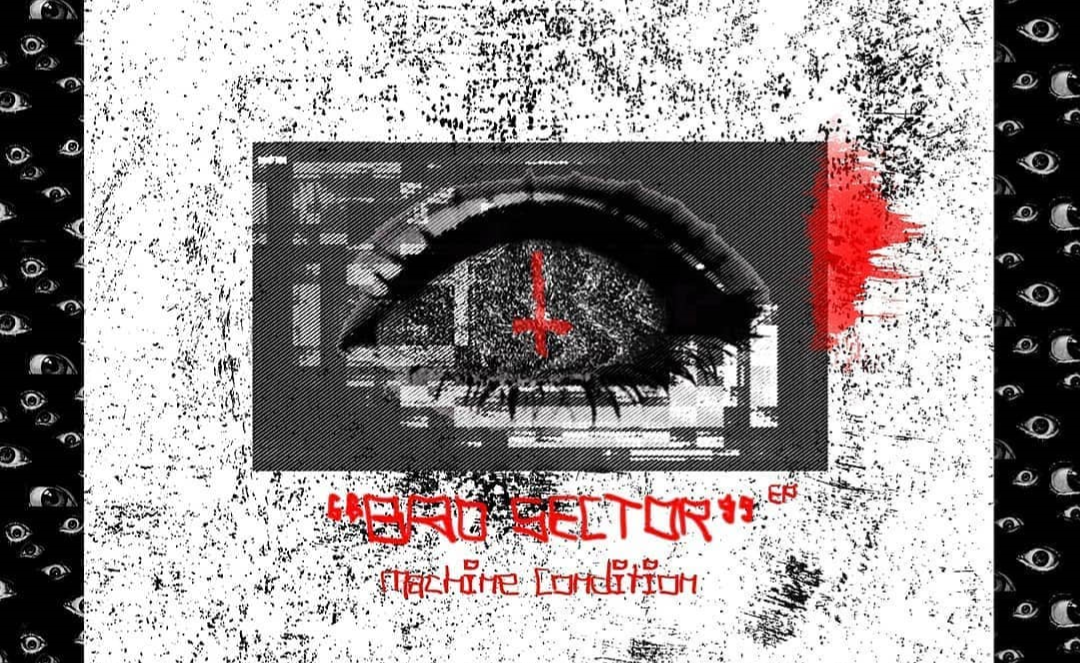 machine.condition hasn’t come to play. With his debut EP, BAD SECTOR, the Egyptian producer has entered the scene in spectacular synthwave fashion, with a two-track record on Cairo-based label, HIZZ, that certainly stands out in the proverbial catalogue of 2020 releases.

“Drum & bass, synthwave, lo-fi hip-hop and a bit of cyberpunk,” the Giza-based beatmaker tells SceneNoise of his influences for the EP. “There are no specific titles or names that inspired me. I just let my unconscious mind lead me through the process – not the ‘experimental’ way, but I just let this energy flow.” Also citing, synthpop, funk, ambient and boombap as some of his influences as a producer, there’s something very measured about his approach. “The EP itself is focused more on sound design,” he explains. “It has a basic structure.”

Basic as it may be, the first track, ‘dilated’, is a rollicking piece that doesn’t waste any time in setting itself up. The track begins with clanging, dramatic synths, the melody of which repeats throughout, but it’s when that ‘basic’ beat and unrelenting, fast-paced bass kick-in that things really come together to create a atmospheric and dense piece of music that builds through that simple little thing called repetition.

HIZZ   هز · [machine.condition] - BAD SECTOR
Synths carry the second track, too, but in a very different manner. ‘condition monitor’ utilises woozy, layered synths to create an overall more intricate track than the first that uses breaks and pitch changes to great effect. It’s a decidedly more laidback half to the EP, one that draws from lo-fi hip-hop the most amongst the producer’s influences.

If there is one thing that the EP lacks, it’s more – just more. While machine.condition told SceneNoise that he thought two tracks to be enough for a debut, those two tracks reveal an interesting sound that demands more exploration. One person that did register their unequivocal support, however, is a certain ZULI – the internationally-recognised Egyptian producer bought the EP on Bandcamp. For machine.condition, that kind of accolade is a cool bonus, but doesn’t affect his goals. “I’m just focused on my music and putting it out for the public,” he says. “I still have unfinished projects (albums and collaborations). I’m working on new music everyday and trying to get the best out of myself.”

BAD SECGOR is available on Bandcamp.