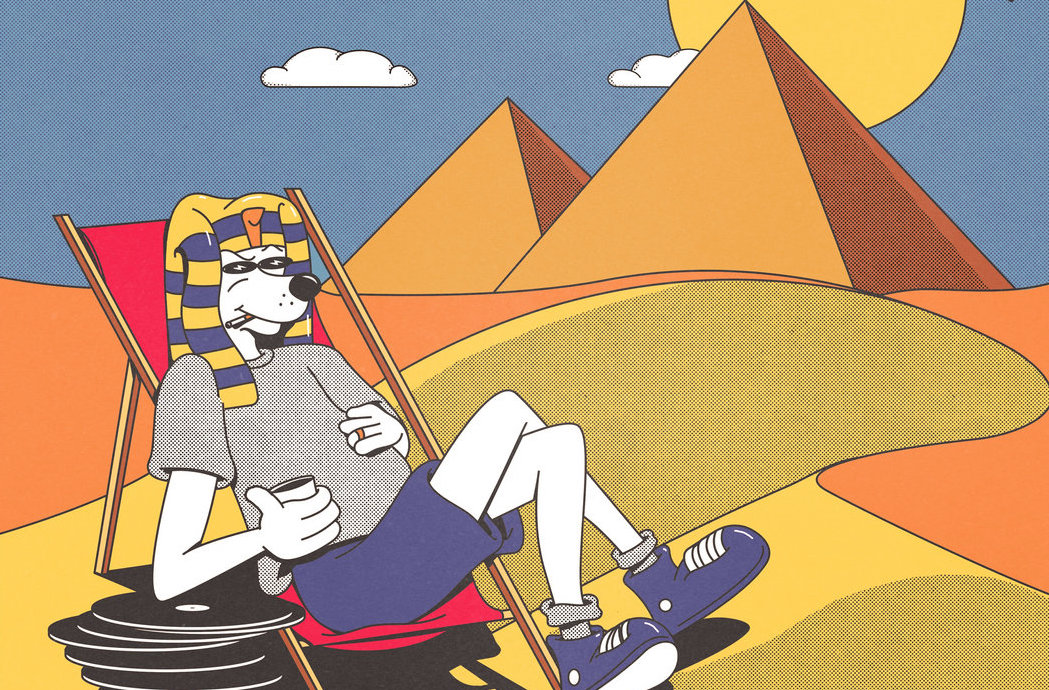 Through both their curated lineup of local residents — including Mazen and Aroussi themselves, as well as Cairo-based vinyl aficionado Ahmed Samy — and an ever increasing cast of high profile international bookings such as Virginia, The Ghost, Leo Pol, and Dyed Soundorom and Dan Ghenacia of Appolonia to name but a few, Sakanat are certainly in the ascendancy.

Amidst the COVID-19 summer, it was announced that they were expanding the scope of their operations to include a recently minted record label, and at last the first of their releases has made it out into the digital world after coming out on vinyl earlier in the year: Break The Juno by Cairo resident Mehdi M.

Kicking off with the Chicago-house inspired ‘Panorama 6AM’, Break The Juno makes a rather soft opening through a slow bounce and classic 909 percussions holding down the rhythmic duties, cultivating an overall spacey vibe filled with laser gun-like one shots and swells of reverb-soaked chords. ‘Higher Peaks’ continues this vibe through to the second track, this time bringing swaggered breakbeat rhythms into the picture alongside a deep, blues-y bass riff.

Break The Juno starts to heat up in it’s second half, which shifts the tone away away from conventional house grooves and deeper down the breakbeats route teased on ‘Higher Peaks’, with the self-titled third track bringing with it a healthy dose of late 90s nostalgia in the form of uplifting analog synthesizer riffs and big-beat inspired speaker thumping kick drums comfortably at home on any bass-heavy club system

The closing tune, ‘Acidozo’, is by far the highlight of Break The Juno, channelling classic Detroit electro through rattling, non-stop hi hats, heavily swung percussion fills, and gritty 303-acid infused arpeggios paying tribute to legendary acts like Drexciya and Aux88. Of all the tracks on the album, ‘Acidozo’ brings with it the most infectious rhythms, and a jam-session-like vibe that stretches out the instrumentation over the course of it’s nearly nine-minute runtime. Despite this extended length, the track never really stagnates, keeping things constantly moving forwards and evolving through intricately arranged vocal chops, one shots, and by sliding between a number of different phases, upping the intensity through each transition.

Despite taking a bit of time to fully get into it’s full groove, Mehdi M’s debut on Sakanat is an incredibly polished affair, positioning the label to continue their rise through the ranks of Egypt’s handful of electronic labels with future releases.