Having quietly remembered to the public eye towards the end of 2020, the four piece band has kicked-off the new year in style, blending electronic production elements with gritty industrial and metal shredding.
by SceneNoise Team 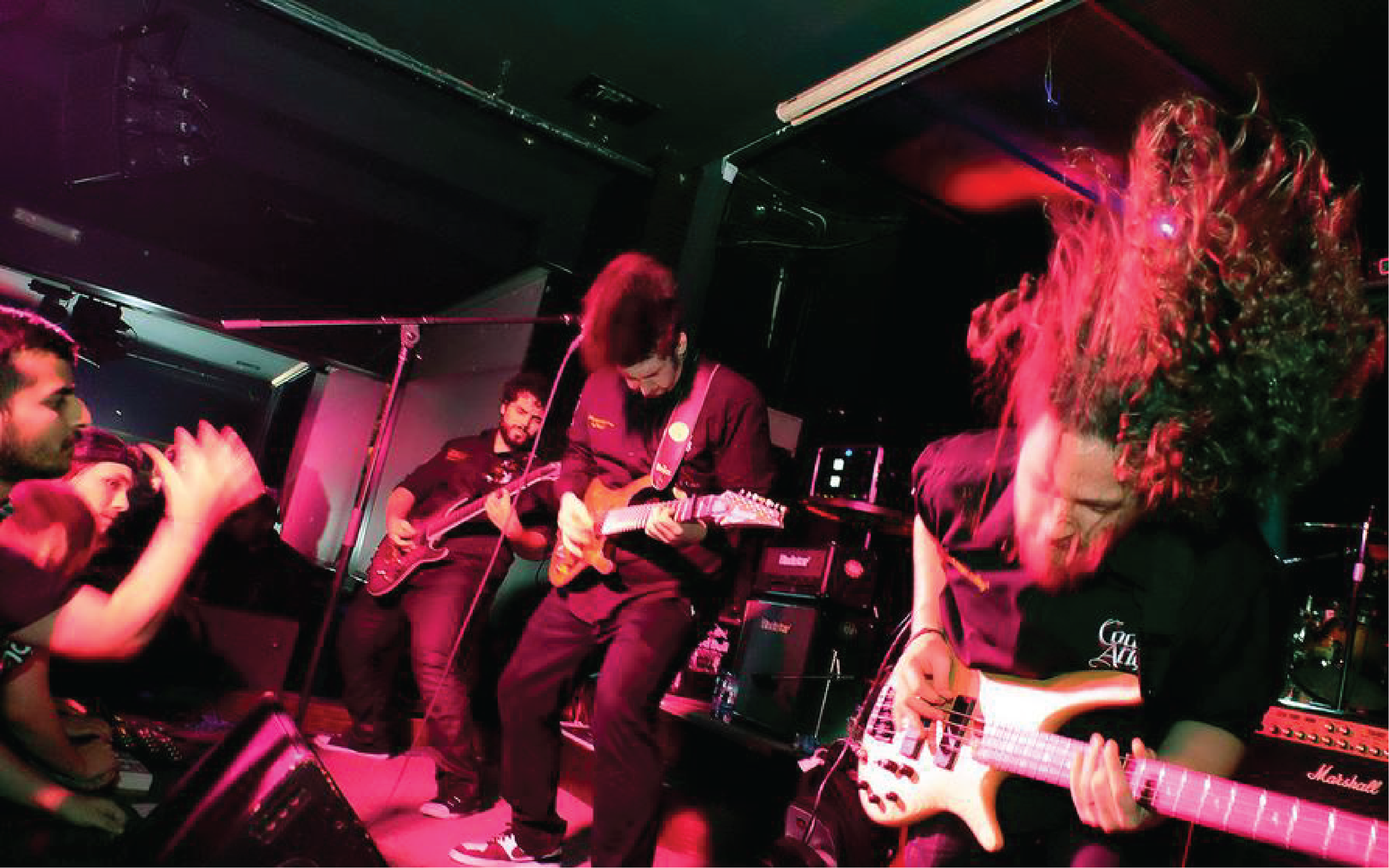 Four years on since their October, 2016 single ‘ELICIT’, Coat of Arms are back and certainly mean business. The four piece outfit don’t seem to have lost a single step, bringing their brash, unrelenting djent and metalcore stylings with new single, ‘Old Habits’, but adding a coat of modern electronic production.

Following the Dubai-based band’s well-received 2015 album, A Shade of Red, Coat of Arms became deeply ingrained in the global metal circuit, touring across the world and performing everywhere the UK, Holland and Portugal, to Brazil and even Sri Lanka.

It wasn’t till October of 2020, that the band quietly posted a video to their YouTube page detailing the reasons for their split, mainly chalking it up to the circumstances of life, with many members moving countries and starting families. Despite being scattered all over the world, Coat of Arms has still been working on new music, finally releasing it almost three months later.

Blending subtle synthesiser chords alongside deep guitar shredding and rapid fire percussion, it’s clear Coat of Arms have been anything but stagnant over their hiatus, integrating modern production techniques and contemporary sounds into their metalcore-based sonic forte. While metal has slowly become more absent in the Middle East, this latest single could very well act as a catalyst for an upcoming revival of the genre, and we hope more previously active groups follow suit.