Having first appeared on radars with her intimate, lo-fi brand of bedroom R&B, Michele takes on a soaring new pop sound, delivering an emotional piece with an utterly enchanting video to boot. 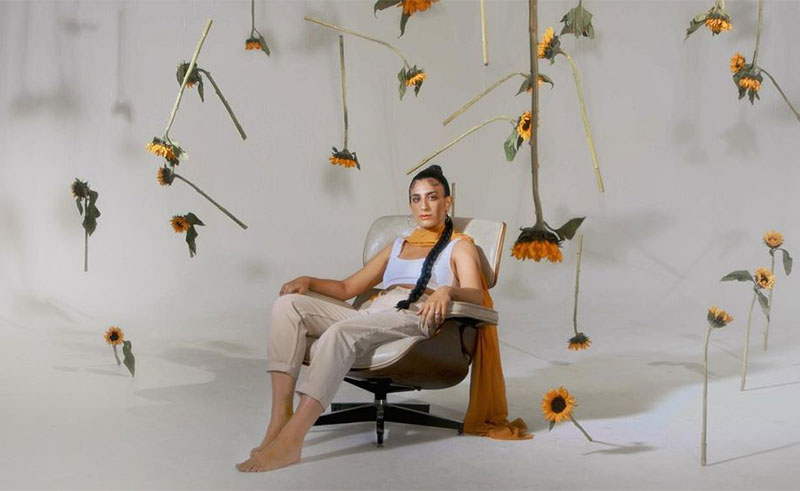 Since the release of her 2020 debut EP, Our Story, Dubai-based singer-songwriter, Michele, has found a sweet spot in the intangible world of bedroom pop/R&B, honing a sonic aesthetic that leans to the lo-fi to form an intimate, lush sound, regardless of the producer she’s working with. A string of singles after the EP has allowed her to further explore this particular brand of music, but her latest release sees her take a huge leap forward.

‘Sea in Your Eyes’ is her most refined, high-production-value release, not least because it comes with a slickly-produced, visually engaging video that puts the spotlight firmly on the heroine of the piece. It also marks a decidedly different sound for Michele, one that reveals new inspirations on every listen. Is it pop? Is it what we call trip-hop? You could even argue that it takes cues from the kind of soaring 70s/80s pop that would go on to leave its imprint on the new wave sounds of the era, or the even the modern baroque pop sounds championed more recently by the likes of Florence + The Machine.Ultimately 'Sea in Your Eyes' is a love song, though to leave it at that would over-simplify lyrics that probably, possibly hold more meaning than meets the eye. Lines like "I'm trying to build my life around you" and "The seed in my heart belongs to you" are offset by other decidedly more melancholic, wistful lines like "But now I have to, now I have to let go of you" and "I'm so tired of the pain and I'm so wired between love and hate.”

Within the track lies a broken heart, but one that is still very much beating. At its heaviest and densest the track broods and marches, but its soaring keys and synths rain down like the light of a new day - a light at the end of the tunnel, if you will.

This is a project that signifies much more, however, in the wider context of Michele’s career and evolution. Working alongside producer, Jay Wud, and the video’s director, Maha Moussa, Michele has created what is possibly her most chart-friendly, mainstream offering - and that isn’t a bad thing. It could represent a watershed moment for an artist that is on the cusp of her next big career step.