After a couple of singles here and there, as well as amassing 2.5 million views in merely two months, FL EX releases his much anticipated EP ‘Mesama3een’.
by Ahmed Khalaf 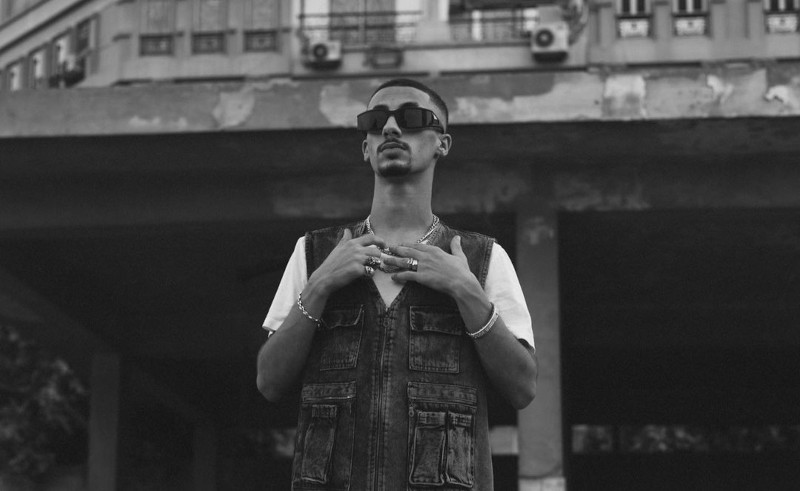 After a relatively slow start to the hip hop year in Egypt, the past couple of months saw many rappers rise to the limelight, adding much needed addition to the rap scene. One peculiar personality has attracted everyone’s attention with his raspy yet raucous vocal skills and a blunt demeanor, and he goes by the name of FL EX. The emerging rapper instantly connected with the fans, given his street slang and delivery which resonates with the masses. As a part of Maadi Town Mafia (MTM), FL EX, Wingii and Husayn have adopted the notorious drill sound as their own, which now feels only natural to hear in that sonic direction.

After a couple of singles here and there, as well as amassing a 2.5 million views in merely two months, FL EX releases his much anticipated EP ‘Mesama3een’, following up on the signature sound he’s established for himself this year, along with a music video for one of the EP’s singles, ‘Logan’.

Unknowledgeable rap fans constantly confuse the idea of repetition with having a signature sound. Drill is a subgenre of hip hop that has a certain production formula to it, that can be slightly tweaked to act as an artist’s sonic signature, and that’s exactly what FL EX has accomplished and it is apparent in ‘Mesama3een’.

In the dual opening tracks, ‘Skins’ and ‘LOGAN’, FL EX is his usual ruthless self, a trademark the rapper has established throughout the past couple of years.

In the video for ‘LOGAN’, director Khaled Ibrahim does a brilliant job bringing the hostile aura to life as FL EX cruises around the city with his gang throughout the video, which was kept in black and white to add that intimidating and dark feel to it. Near the end of the video, a mysterious murder is shown, which seems like a subliminal message from MTM to their haters.

‘Katafast’ acts as the emotional direction in the album, but don’t let that confuse you, FL EX is still keeping up his tough demeanor throughout but with a hint of softness in his tone. In ‘DRAKULA’, he warns all opposers with the reaction they may receive from him and his crew, flaunting their capabilities and achievements thus far.

Closing off with ‘LOLO’, FL EX takes a darker approach to bring things to an end, with an eerie piano and string section playing throughout, as the piano takes a chilling solo to end the single and EP.