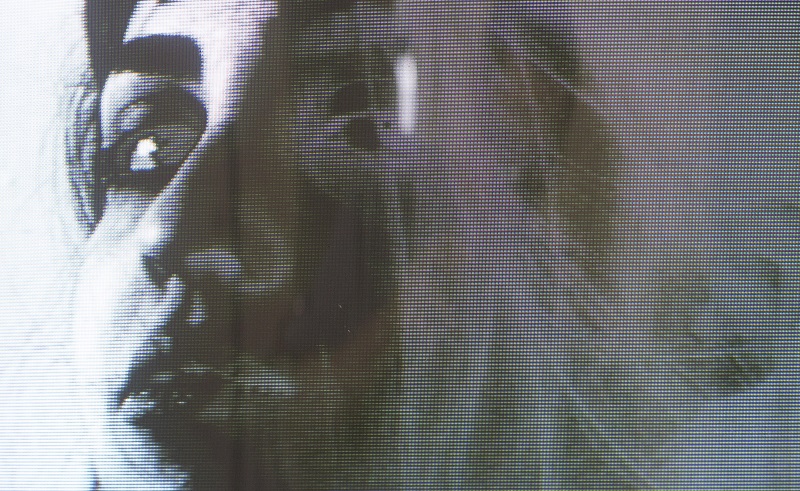 Born and bred in Morocco and currently residing in New York, Bergsonist, aka Selwa Abd, is an artist in every sense of the word. The producer, DJ, designer and activist has ejected works which embody complex - yet timely - philosophical precepts, specifically those of French philosopher Gilles Deleuze’s interpretive “Bergsonism”. The core tenet underlying her work: value your intuition. Consequently, Bergsonist’s sound is unclassifiable. And it amounts to more than experimental, atmospheric amalgamations.

Since embarking upon a musical career, the artist has been running an NTS radio residency all the while updating her Bandcamp with self-releases, on a monthly basis. The title of each of her EPs: a letter of the Arabic alphabet. While there is no thematic correlation between the artist’s tracks and their corresponding album, as seen with her latest politically-charged release “ض” which feature tracks like “Vote Bernie!” “Unionize” and “Toxic Politics”, Bergsonist is determined to complete the alphabet. Scroll down for our interview with Bergsonist, in which she talks to us about growing up in Morocco, the philosophy underpinning her sound, and her forward-looking project "Bizaarbazaar".

Hi Selwa, where are you now, and what are you up to?

I’m in New York at the moment. I’m working on more music, as usual, while trying to focus on a couple of projects such as “Pick Up The Flow" with Stephen Decker and “3AFAK” with DJ Sanna.

Tell us a little bit about your upbringing and your Moroccan roots. What did you listen to while growing up, and what are some of your fondest memories of home?

I’m from Casablanca. I’m born Moroccan and proud. As I was growing up, I listened to everything. My dad used to play lots of soul music like Marvin Gaye and All Green. Meanwhile, in family settings, Arabic music would play endlessly in the background. I guess my ear was trained to sense Moroccan rhythms and melodies against my will, while my head was brainwashed by “Chanson Francaise” type of music and “MTV Hits". I used to spend hours watching the “Clip Videos” channel and following TV shows like “Star Academy”. My fondest memory at home was when my dad took me to a Stevie Wonder concert in Morocco!

You have an artistic background. Has it always been interlaced with an interest in philosophy?

Yes, always. What I do in design relies on the same philosophy that I use in music. I mean they are both similar creative practices. I studied design and used to paint. Music is just a different medium but I think all these disciplines are the same, deeply intertwined with philosophy.

When were you first exposed to 'On Deleuze's Bergsonism' and at what point did you choose to subsume Bergsonism into your identity as a musician?

I read about Le Bergsonisme when I was resting in Morocco, after being hospitalized. I think for me, at the time, this book meant so much… it resonated with everything that was going on in my head, my thoughts on how I should be making art, music.

How do you convey philosophical, psychoanalytic theories in your music? Do you rely on a specific method or - should I ask - the complete absence of method?

There’s no method. I mean maybe one: following my intuition.

Have you ever struggled to accurately translate your raw intuition into sound? If so, has this led you - as Bergsonism’s 21st century musical incarnation - to feel disillusioned?

Not really. I always feel constrained by the machine when I make sounds. But I think the world is like this…you feel constrained by it but then breath, take a look around you and then find your own system in it. A system that brings you freedom and a drive to create more. The system in general though needs to be discovered by using intuition otherwise it can’t be a legitimate system, in the sense that it wouldn’t be capable of bringing you satisfaction. Through time, I manage to invent lots of systems that aren’t conventional. They are all different from what people do but they work for me, so who cares. Just follow your intuition, believe in it, be confident then frame what you created as a reference point that you can revisit.

Your latest album 'ض' is clearly political. Can you talk to us about this release? What inspired the name? And would you consider it a new phase in your work?

It’s scary to be vocal and political in this world. But this album can speak for itself through the sound and also the tracks’ titles. The album’s name is not attached to the album itself, it simply follows a chronology that is the Arabic alphabet which I used through all the different self-released EPs on band camp. My goal is to complete the entire alphabet with my releases. Each letter vehicles a selection of songs, which may or may not be connected. I use titling as medium to channel personal point of views on the world, but I try to remain neutral and let the tracks speak for themselves.

Can you tell us a bit about the independent music platform you founded, 'Bizaarbazaar?'

Bizaarbazaar was founded almost nine years ago. It’s like a secret garden in which I try to feature friends and defy the common structure created by White music magazines. It doesn’t have any adds or reviews. Music shouldn’t be reviewed but heard. Music shouldn’t be rated of exploited for financial needs. I don’t operate on a timeline or according to a timeline, or anything…I do what I want with music but by staying true to its original vision, aesthetic and statement.

Lastly, what are your projects - in terms of both your platform and your music - for the near future?

Honestly, I just hope to stay healthy. Health is everything. For my creativity, I want to start applying for grants and funding. If I manage to get a European visa, maybe I’ll tour Europe. Ultimately, I want to dedicate time to creating a structure that can help my friends, channel resources, and fight for social justice. I want to be a conscious human being not influenced by greed or the media. Music is not individualistic, but common. What it gives to you, you need to give back. As a musician in this day and age, my duty is bigger than to just create music and be egotistical.