Born and raised in Cairo, Felukah is an artist who moved to New York in 2017 to study creative writing. In the meanwhile she also discovered a passion for hip hop music and now effortlessly mixes English and Arabic in her tracks. 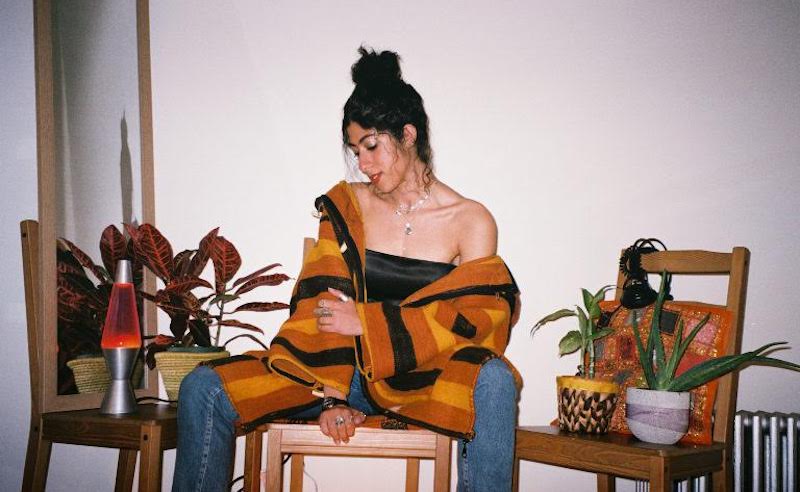 Felukah’s life in The City That Never Sleeps sounds like movie material. While working on a degree in Creative Writing in Hunter College, she works two jobs to pay her bills, writes poetry and fiction, and considers herself  a “little over part-time” musician. The young artist caught our eye not only with the quaint artwork for her EP Yansoon that was featured in our list of 10 Exceptional Cover Artworks of Contemporary Middle Eastern Musicians at the end of 2018 but also had us all ears with her hip hop/neo-soul tracks that sprinkle in Arabic phrases in unique ways. Despite her busy, creative lifestyle, the New York-based artist took the time to answer some of our questions about the origin of her stage name, what hip hop means to her, the Middle Eastern scene, and her future plans.

You are a hip hop artist from Cairo living in New York. How did you end up there? What’s the meaning behind Felukah?

I moved to New York in 2017 for college; hip hop was a byproduct of this move. I found the pulse of the city inspiring as much as it was exhausting and immediately launched into art. Felukah came about through a conversation with my mom about how, in this journey, I want to flow along the water. My artistic evolution relies on movement. My mom suggested the stage name Felukah, like a sailboat that runs along the Nile River. And I loved it. I started listening to a lot of old school East Coast hip hop, too. So that really kickstarted this newfound love.

How are you connected to music and hip hop in particular? Are you currently pursuing a full time career on music?

I identify as an artist, before every other label. I grew up writing poetry and taking dance classes, and when I fell into music, everything flowed naturally. I believe that art begins as a liquid substance, and that production is just a matter of channeling that substance. I’ve always held onto music and hip hop in particular because of dance and poetry. I’d say that music is a little over part-time, but not yet full time. I’m still going to school and working two other jobs to pay the bills!

You hold a BA in Creative Writing. Where did you study and how is this impacting your process in writing lyrics?

I’m actually still in the process of obtaining my degree. I’m in my second year at Hunter College and I’m letting the material feed my music. My process is an open exchange between external stimuli and internal behavior. I love studying poetry, literary theory, and analyzing literature in general. There’s a philosophy to the way we do things. Writing verse makes me look into that...I still write fiction and poetry regularly. In May of last year I self-published two chapter books titled Other Beating Wings and Flowers For Zoe. I’m currently working on a collection of poetic essays. Song lyrics come from all of these pursuits.

Your lyrics are in English as well as in Arabic. Why did you decide to include both languages in your tracks? Are there some things that you find easier to express in one of the languages?

As crazy it sounds, my first language growing up in Egypt was English. I went to an American school and consumed all Western media. Most of my friends grew up with the same dichotomy. Naturally, I’m more comfortable writing and rapping in English, but I’m pushing myself to bridge the gap and connect deeper with my mother tongue. Arabic is beautiful and challenges me in many ways. I have to put in more work to learn about my own language and heritage because it’s so underrepresented in pop culture.

Have you got any feedback on using Arabic in your tracks yet?

Nothing beats the feedback I receive from my Arabic-speaking listeners. Arab hip hop is really on the rise and I’m trying to catch the wave while contributing my own substance. It’s refreshing to hear people that sound like you, culturally caught between two worlds, and that’s why I think it’s exciting to be working on multicultural music. The next few projects I’m working on really tap into Egyptian culture and what it means to be living a Western life in a Middle Eastern society...or vice versa.

What are the issues you are addressing in your music? What story do you want to tell? How would you describe your musical style?

The main thing on my mind when I’m writing music is authenticity; telling a story how it is. I want to empower a wave of strong, beautiful softness. Reclaiming cultural splits, reclaiming aloneness, reclaiming community. Certain critical values have been pushed aside by modernization and art is the only true way to get it back. I want to encourage women to put intelligence, strength, and security first, and also to articulate sadness. We just have to feel things head-on and quit numbing the pain just because it’s unpretty [sic]. I try to deliver this substance through an uplifting flow - I’m lyrically playful because that’s how I am in life. My style switches depending on the art I consume, and you can tell there’s a shift from my first mixtape Battery Acid to my latest project Yansoon. I’m heading more towards neo-soul and R&B, but I feel really at home experimenting with genre. Art is fluid matter, and what matters is the love and essence embedded in a project/piece.

Truth, respect, and soul. That’s the essence of hip hop to me. We tell our truth and demand respect. It’s how we honor the soul.

Are you familiar with the Middle Eastern hip hop scenes and do you listen to Arabic hip hop in general? If yes: what is your perception of the scene and do you have any favourite artists?

I really do think Middle Eastern hip hop is on a come-up. I’ve been listening to more Arabic/English rap and I love the work Egyptian rapper Mvrs is putting out, in addition to the R&B sound of Dounia from Morocco. Syrian rapper-poet Omar Offendum is also a favorite of mine. There’s always been talent in the Middle East, it’s just finally being given more recognition now. That said, we still need more female Arab emcees....representation empowers all artists to put their own work out.

Just like you include Arabic in your tracks, there is a strong movement in the Arabic hip hop scene to include English words which is highly critiqued. How do you feel about that?

Binaries are outdated and counterproductive. The truth of hip hop is that it’s ever-changing, and when we enter the scene with the Arabic language, or likewise bring English to Arabic rap, we’re bridging the gap between multiple worlds. So many of us live a split narrative, and telling your truth on the mic involves bringing that split with you. I think it’s progressive and culturally very rich.

Back to your own music: 2018 has been a busy year for you. You released your album Battery Acid as well as an EP called Yansoon. What do this releases mean to you? On which label were they released on?

I launched into music in 2018 as a result of a deep heartache. I was looking for a release for all this energy and power I’d been holding back, so I started freestyling. To pull myself out of the wreckage, I thought, let’s do this for real - let me prove to myself the heart is still beating. My brother and I produced the tracks on Battery Acid and released it on Soundcloud in May. Later in November Yansoon was released under DistroKid, an independent digital music service, as a kind of soothing warmth I felt my listeners and I deserved after the force in Battery Acid. The anger had subsided, and now I was simply writing my truth with a clarity that had been withheld from me amidst the pain. I haven’t stopped writing verse since then, and I’m getting more experimental with my sound on the piano and in the studio. I’ll never shy away from where I started, or from where I’m headed.

What are your plans for 2019? What can we expect from you this year?

Big things brewing. I’m currently working on an upcoming project called Citadel, which is going to include a number of features and is a lot more collaborative in production than any of my previous work. I’m tapping into my lineage and the divine energy that has been passed down to me through generations. We’re also working on the music video for "Harlemite Honey", which is set to be released next month. I’ve got a lot of soul I want to put out into the world. It’s time to address real issues in the various systems we subscribe to, and to remember that we were born with a vision. I’m talking about a new Nile River wave of thinking. Process is just as important as product, and I’m ready as ever to share both with the world.