Hip-Hop Subgenres & How to Tell Them Apart 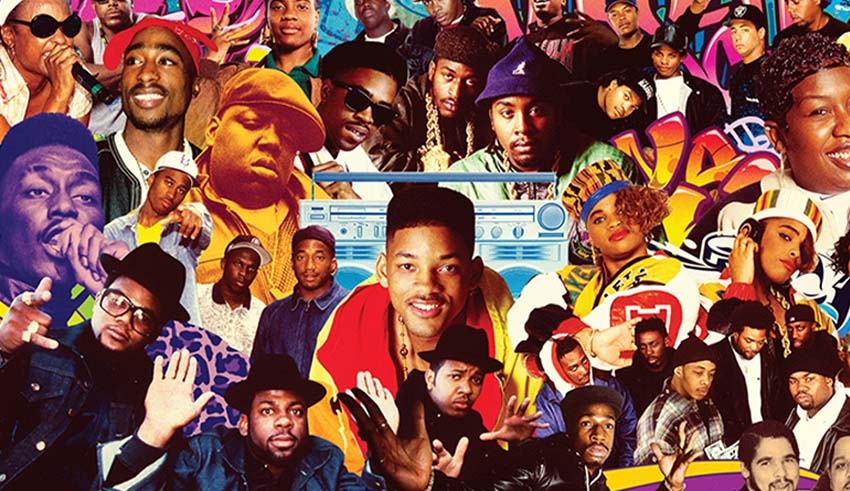 Hip-Hop. The term itself carries a legacy of history and culture quite unlike any genre we’ve ever experienced. It’s a term cloaked by unfortunate stigmas associated with racism, crime, sexism, substance abuse, and the glamorisation of all the above. As a result, those who listen to “rap” are often lumped into the same category, and the term ‘rapper’ often has a negative connotation.

But what is rap? What is rap music? If one was to be pedantic, there is actually no such thing. In the same way that people use ‘khaboot’ or ‘shaabi’ to describe certain genres of music, these are vague umbrella terms that attempt to delineate a genre that in fact splits into many subgenres.

What rap really is, is a rhythmic and rhyming speech chanted within hip-hop. Hip-hop is the genre, and rapping is the delivery, technique, or speech that expresses itself within that genre. Hip-hop, the genre, is a by-product of a culture that also includes breakdancing, scratch DJing with turntables, graffiti, and, of course, rapping.

Generalizing all hip-hop music as ‘rap music’ can be dangerous for a few reasons. First and foremost, it contributes to erasure, subversively belittling the intricacies of a minority culture and art form. In homogenizing hip-hop and its subgenres into ‘rap’, we detract from the years of careful work countless artists have put in towards innovation, experimentation, and bending of the core genre. Secondly, this often prevents the subsidiaries of a genre from truly flourishing. Certain subgenres will always remain ‘underground’ to the masses if the masses aren’t able to accurately label them.

That being said – fans of a genre are not alway aware of the genre’s history. Netflix’s original documentary ‘The Evolution of Hip-Hop’ was revolutionary for this reason. In a generation where hip-hop comprises the majority of charting hits, few fans are embedded enough in the rich legacy of this genre to understand the influence that lies behind their favourite songs and artists today. Needless to say, it’s more than possible to enjoy something without understanding where it comes from. But as fans of music, shouldn’t we hold ourselves to a high enough standard to respect the ancestry behind the art that saved our lives?

This is the purpose behind this article. To illuminate the subgenres of hip hop in a comprehensive way – just enough, at least, to be able to explain the musical difference between something like Kendrick Lamar’s ‘To Pimp A Butterfly’ and Drake’s ‘Certified Lover Boy’. For the sake of brevity, however, the scope of this article will remain within the subgenres of hip-hop that are currently most popular in the MENA region.

The godfather of the genre; this is where it all began. The origins that eventually led to where we are right now. It was in the Bronx in 1973 where DJ Cool Herc threw the first ever hip-hop party, playing funk records in where he isolates the instrumental segment of the track then jumping to the break of another track; this DJing technique was the cornerstone of hip-hop. Old school hip-hop is nearly dead nowadays, locally and internationally, with artists focusing more on the newer genres that emerged out of this one. But before it did, old school actually found its way to the Middle East almost a decade ago with artists like Kordy, Slow Moe, Arabian Knightz, MC Amin, among others that can be characterized under this genre. Characterized by that old-feel vibe, saw waves, scanty syllables per bar of music, moderate tempos, and most of the subject matter was about having a good time and MC-ing skills, even though that’s not the case always. Old School kept on evolving until eventually it gave birth to Boom Bap, a similar sub-genre but with a different layout.

The direct descendant of Old School; the term boom bap is an onomatopoeia, the formation of a word from a sound associated with what is named, that represents the sounds used for the kick drum and snare drum respectively. This focuses more on the bounce and rhythm as well as the emphasis of the rapping technique and lyrics of course. The distinguishable drum loop is how you can recognize this style of hip-hop, the combination of having an acoustic hard-hitting kick drum on the downbeats, a crisp acoustic snare drum on the upbeats, hi-hats having either quarter of eighth notes, and having the mix emphasized on the drum loop. Old School has somewhat of an irregular pattern layout in comparison to that of Boom Bap. The melody isn’t really a major factor in Boom Bap, but if you want to get more technical and sound like a music nerd, you should know that Boom Bap also paved the way for more sub-genres to be born, such as jazz-hop with it’s self-explanatory name , trip-hop in which psychedelia and electronica music are incorporated, glitch hop also being self-explanatory, and lo-fi hip-hop using bit crushing techniques and lowering the audio quality itself for example, with Lege-Cy and Rageh being the most notable artists doing these kinds of music.

The dominator of modern hip-hop, the trap wave has been killing it out of all the subgenres; nearly every hip-hop song in recent times can be categorized under trap, not to be confused with EDM Trap, which has the same elements as hip-hop trap, but with build-ups, breakdowns, and drops and usually incorporating techno, dubstep, or something else from the electronic music spectrum. Hi-hats, kicks, and snares do not make a trap beat as popular opinion think, because nearly all songs ever made, apart from ambient and some other genres of course, contain these three percussive elements. A trap beat originated using the drum samples from the Roland TR-808 drum machine, which led to producers constantly using synthesized drum samples instead of acoustic ones like these of Boom Bap, as well as the utilization of 808s (bass) instead of acoustic recorded bass. The use of hi-hats also makes this genre easily recognizable to the ears, using triplets in the form sixteenth notes, syncopated for bounce and to be balanced with the snare. Created by the likes of Three 6 Mafia, Gucci Mane, and Young Jezzy; evolved in the MENA region by the likes of fan favorites Marwan Pablo, Wegz, Shabjdeed, Issam, and Synaptik to name a few.

Trap’s first cousin, originating from Chicago but later developed and became mainstream under the UK influence, fusing the original Chicago Drill with genres like Grime and UK Garage to form the formidable UK Drill. Main stylistic features is that unlike trap in having the snares hit on the 3rd beat of the bar, hitting first on the third beat on the first bar, but then hitting irregularly the rest of the song, creating a unique swing. Also including bass slides, dark melodies, and punchy kicks. There are no pure Drill artists in the region, but many artists having been making drill songs from time to time, such as Shahyn’s ‘Kekh’, Moscow’s Nawash, and Abyusif’s System.

Alternative is a loose tern that describes most hip-hop songs that sound unconventional but not experimental. This genre came to life after fusions with genres like funk, jazz, soul, reggae, and even rock, straying farther from the typical hip-hop genres and influences previously mentioned in this feature. Most notable out of the alternative hip-hop subgenres would be hip-hop soul, incorporating soul signing over a hip-hop instrumental, giving a soothing yet hard vibe. Most notable artists in the MENA region making alternative hip-hop are NY-based Egyptian sensation Felukah and Jordanian artist Zaid Khaled to name a couple.

The wildest, most deranged, unconventional, unorthodox form of hip-hop to the extent that it is barely part of the genre, but it does make the catch in the end due to either similar form structure instrumentally or a rapping technique is applied. Usually using heavy distortion on the melody, bass, or even vocals, creating this electronic madness that has a of hip-hop flavor in it. Having unorthodox forms and structures, the genre can be identified by its drums arrangement or the rapping technique being used, Lil Asaf is the powerhouse of this genre in the region, and some of Zuli’s earlier work with Abyusif show the use experimental hip-hop.

Many arguments and comments can be seen online regarding genres that fuse mahraganat or shaabi music with hip-hop, and most of the debates are about what should it be called. Whether you want to call it trap shaabi, Eastern hip-hop, or even mahraganat, all of these are an original Egyptian take on hip-hop music, the same way many cultures fuse hip-hop with their traditional local sounds such as Latin hip-hop or Indian hip-hop for example, in which you can clearly hear the local influence in the sounds of these genres, so the way you want to describe a certain song with a certain phrasing is up to you. Egyptian producers tackle this method in a number of ways; using Eastern drum samples with a hip-hop structure on Western instruments, using traditional instruments such as nay or oud with typical trap drums, the possibilities are endless with this one. Stars of the style would be Marwan Moussa, Afroto, Batistuta, and Wezza Montaser are just some of those doing innovative and coming up with new original styles and waves. Speaking of waves, Egypt’s unique and unorthodox producer Molotof is the leading mastermind of making a new wave of Egyptian infused hip-hop as well as other electronic genres with his “Molowave” productions.

It’s safe to say that hip-hop is an endless sea of subgenres; a vast pool of endless possibilities with a couple of sounds and some drums, you can create unending style of music, and this is exactly what is happening in modern times; producers mix elements from different styles and combine them to create something new entirely. This is why most people are opting for doing music nowadays, the possibilities are endless, and not just with hip-hop, but genres now became so fluid to the point where it gets hard to identify certain songs. At the end of the day, rappers and producers chill out and create endless different styles because everyone loves their range, and no one likes to stick to a certain style, as we see with our favorite local rappers and how they release a hip-hop song with a different style nearly every time.