The Disturbed Artistry of Mme Chandelier

Mme Chandelier is a Lebanese composer and producer as well as the guitarist of rock outfit Kinematik, specializing in unnerving but intriguing textures. 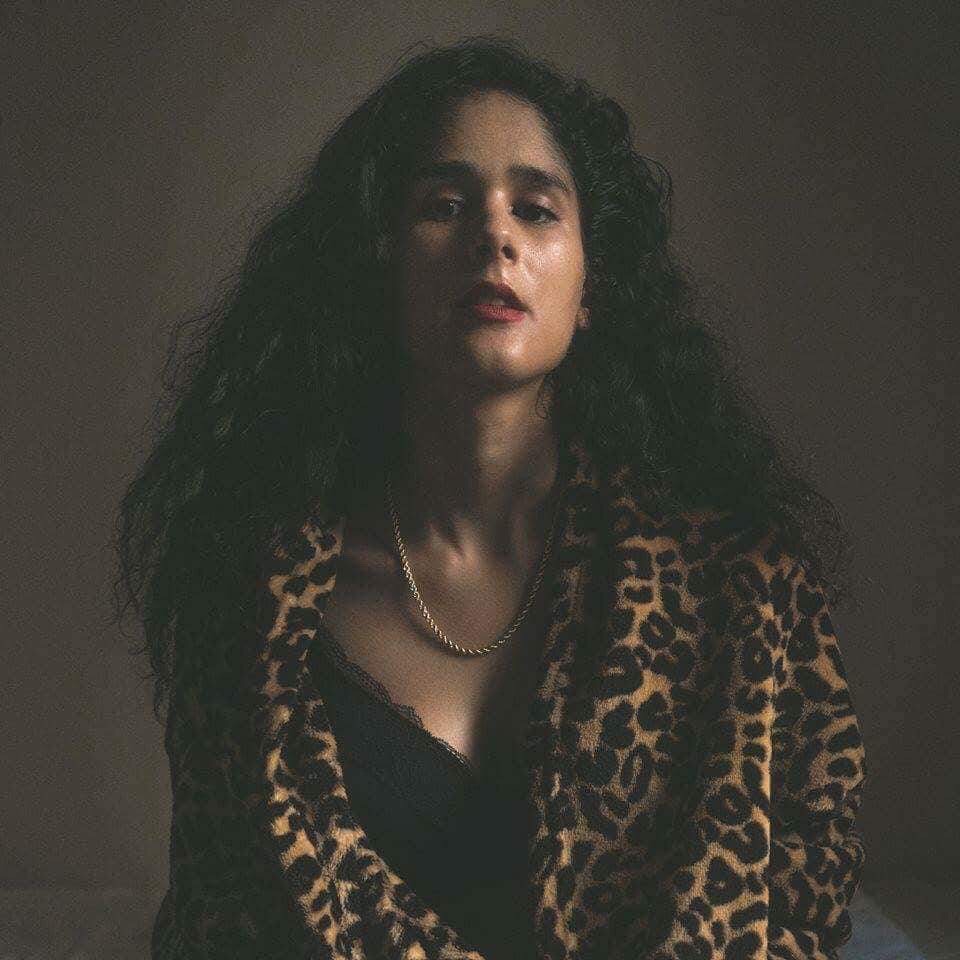 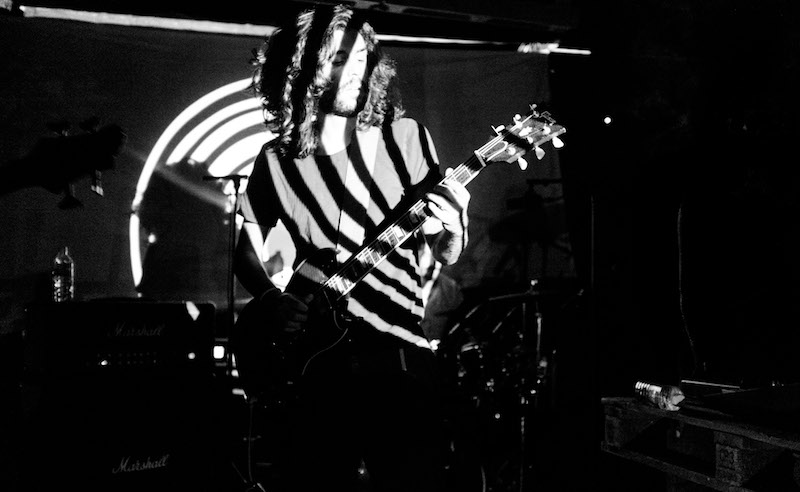 Mme Chandelier is a ghost; a reflection of a person that barely exists and is very hard to track down. If you’re lucky enough to somehow come across his SoundCloud page, you’ll be met with a picture of a pretty boy with long hair holding a guitar and hiding behind the shadows, "mme chandelier” written recklessly in lowercase, scattered unclosed triangles with two sides and one angle, randomly placed minuscule circles, all in black and white. It all starts with “Music for Crochet,” self-released one year ago, beginning with guitar notes going backwards, loitering. It builds up with a bassy synth into formations that sound like how crochet thread would look under the microscope with all the fuzzy fur intertwining. Guitars layer up as the microscope lens zooms out, and it all comes into perspective; the song turns into a crochet pattern made out of guitar notes and a bed of knotted synth loops.

After that comes “Moringa,” a djembe-based track that is not void of Mme Chandelier’s signature warm and modulated guitar sound. It is a one minute track that feels like a soundtrack to a "10 powerful benefits of drinking Moringa tea everyday" advertisement, except we can tell from how subtly the guitars are modulated and twisted out of shape that Chandelier doesn’t really drink Moringa tea.

Next is the grand closing to the first part of Chandelier’s releases: "Sonata No. 14, ‘Moonlight’ Op. 27, No. 2.” Chandelier doesn’t cover “Moonlight Sonata,” rather he flips the beautiful sonata and acknowledges the ugliness that exists on the underbelly of it. He amplifies the sadness and the pain and lays it down through quite heavily textured synth sounds peaking with a little pitch bending by the end of the track. It’s an utterly ugly rendition of a beautiful melody that takes it to a different dimension; one that irritates you like a dry cough.

The next phase of Mme Chandelier’s career begins with an EP entitled post-coital tristesse, also written in lowercase as if too worn out to hold the shift key for a second. Chandelier composed post-coital tristesse on guitars, pedals, three analog synthesizers and an analog drum machine, released by Lebanese imprint Ruptured in a limited edition of 250 copies in 2016.

It starts with “B,” a track that is exactly what is alleged; a post-coital sadness, on guitar. The guitar notes are so frail and delicate that they sonically spell despair. Mme Chandelier gets up from the floor and his energy picks up with “minimal potato.” There is bass, there is a 6/4 beat that heightens disturbance, and there is chaotic change in emotion and flow. At times, “minimal potato” becomes borderline atonal, and that’s when you know there’s also disgust.

The turbulence tones down with “Triangle” easing us into itself with a soft intro of melancholic guitar strumming and a synth that sounds like the recorder one had to mandatorily play in primary school. A few seconds later, “Triangle” emerges with a lot of rhythm play. Irregular hi-hats, lots of mathematical dance between kicks, staccato bass notes and a sharp snare lie as a base for what could be the saddest, most wistful melody on the EP.

After the melodic heartbreak comes “Limonade” which is the most upbeat, most tense and most cathartic track on the EP. It builds up with detuned, overlapping and piercing guitars that are annoyingly high pitched at times. It continues to build up with an angsty beat and guitars that are completely deformed, intricately layering up into a cannon blast that makes one feel like they’re under attack. It continues to escalate, and then it suddenly stops. It just…stops. And then there is silence.

Before you’re able to realise what has happened, Mme Chandelier starts “Exodus” with full-on power. No more buildup; he’s already there. He makes us climax with a progression of minor chords and increasingly intense low-frequency oscillation. He throws all his tristesse in our faces right before he collapses back on the floor.

The EP rounds up with “A”, of which “B” seems to be a continuation. The same frail and delicate guitar notes, except this time it’s the breakdown after the hurricane. This play on alphabetical (dis)order makes one feel like they have walked into this EP backwards, but that doesn’t really matter because it’s a perfectly well-rounded loop in which one can infinitely continue.

The last on Mme Chandelier’s SoundCloud page is “Music for Malls.” It’s atmospheric and alienating with a distant, reverberating horn. One would think that Mme Chandelier forgot to type “Horror” somewhere in the title. It could either be “Horror Music for Malls”, “Music for Horror Malls”, or “Music for Malls (Horror).” In all cases, it viscerally expresses the state of being isolated in a ridiculously large enclosed space full of white neon lights, blood being sucked by both market and consumers; a soundtrack for a contemporary zombie movie starring mall shoppers.

If you’re thirsty for more Mme Chandelier, there’s an extension to his being called “Kinematik”, a Lebanese post-rock quartet that he co-founded with keyboard player Rudy Ghafari in 2014 where he plays guitars and makes it sound just as painful as his solo work. Mme Chandelier is obviously a twisted, distressed musician who’s got extraordinary artistry. He turns disturbances that one cannot verbalise into something listenable, and casually leaves it all there on a SoundCloud page that feels like a deserted cave in which his music echoes.