Nadine El Roubi, G-Salih, Aidyproof, Keyz and Eaz Da Bully experiment with a range of influences in a raw and thematically diverse album.
by Farah Geninah 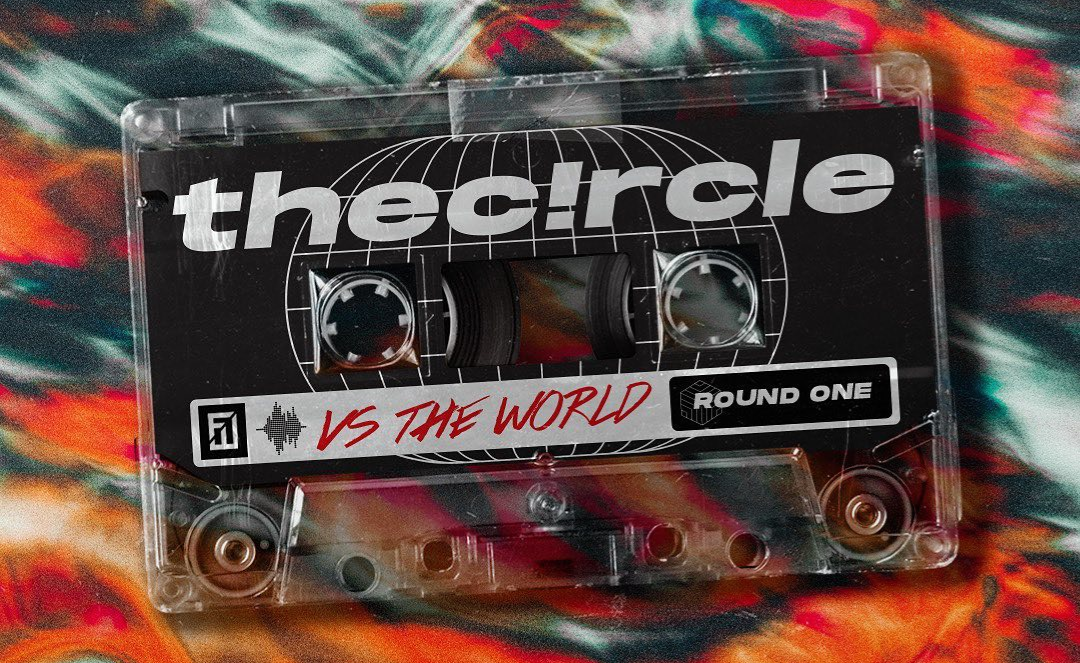 Throughout much of 2020, Nadine El Roubi, G-Salih, Aidyproof, Keyz and Eaz Da Bully have been talking about the imminent arrival of The C!rcle - a new collective that was to see the five Sudanese artists come together. Dispersed across the world, these guys - each established as individual acts - already knew each other well and some had even worked together. Under the banner of The C!rcle, however, they were to open a collective new chapter.

The heading of this proverbial new chapter has come in the form of The C!rcle vs. the World, a new five-track EP that fulfills the prophecy. While one could argue that the EP lacks a cohesiveness, what it does do is effectively introduces each artist’s individual identity. Playing with influences ranging from jazz and blues, to more contemporary R&B and hip-hop, it touches on a range of topics including relationships, navigating setbacks and the old age rap tradition of simply celebrating one’s achievements and status.

THE C!RCLE · The C!rcle Vs. The World (EP) [Round One]
The EP kicks off with Aidyproof’s ‘Fed EX’ (O.U.T), a track that speaks about the trials and tribulations of finding and losing love, and everything in between. Sporting a bluesy, jazz-infused beat and melody, as well as sharp percussion, the track exudes a bittersweet and nostalgic melancholy, which is carried soulfully throughout.

The track leads quite smoothly to El Roubi’s ‘These Days’. With vocals as soulful and velvety as ever, the artist talks of feeling stagnant, confused and uncertain of the future. The track features a sound reminiscent of early 2000s R&B, though it also uses the kind of piano sounds that wouldn’t be amiss in a American jazz club in the 1920s or 30s, also found in her April release of ‘Egyptian Silver’.

Things take a turn with Eaz Da Bully’s ‘Piggy in the Middle’, featuring YK. It glides with a faster-paced new-soul inspired beat, the bass providing the drive, but it takes things up a notch, with lyrics celebrating where Eaz Da Bully is now, compared to where he was before.

AKA Keyz’ aptly-named track, ‘O.T.T.’, takes listeners through the rapper’s personal struggles, but the musically, once again, this is a smooth number and combines dancey pop vibes in a similar way that Timbaland did in his prime.

Wrapping up the EP is G-Salih, whose track, ‘Heights/Therapy’, takes us to a place informed by the kind of ‘hardore hip-hop’ that emerged from New York in the mid-90s. G-Salih showcases his trademark crisp lyricism and intelligent wordplay, as he raps about ambition, rising above hate and superficiality, among other topics rattling around in his mind. Featuring Virginia-based artist, Ryan Clarke, it’s a powerful closer and is arguably the highlight of the whole EP, thanks in large part to G-Salih’s raw, emotional delivery.

First and foremost, what this EP provides is a fantastic showcase of the huge amount of talent coming out of Sudan and Sudanese diaspora. As mentioned, one could argue that it lacks a cohesiveness, but maybe that’s not what this EP is about. The five-strong group have shown that they have a chemistry, seen most recently in June release, ‘Way Back’. We should think of this, then, as a prelude or introduction to what’s to come. A full-blown LP with more collaborations and even experimentation is a mouthwatering prospect indeed.