For most producers, sticking to the tried-and-tested formula that got them on the map is the sensible thing to do. For prolific Egyptian producer, Molotof, however, it's not enough and 2020 has seen him move further away from the mahraganat and trap production he's known for. With his latest release, he explores a sound that sits somewhere between techno and IDM.
by SceneNoise Team 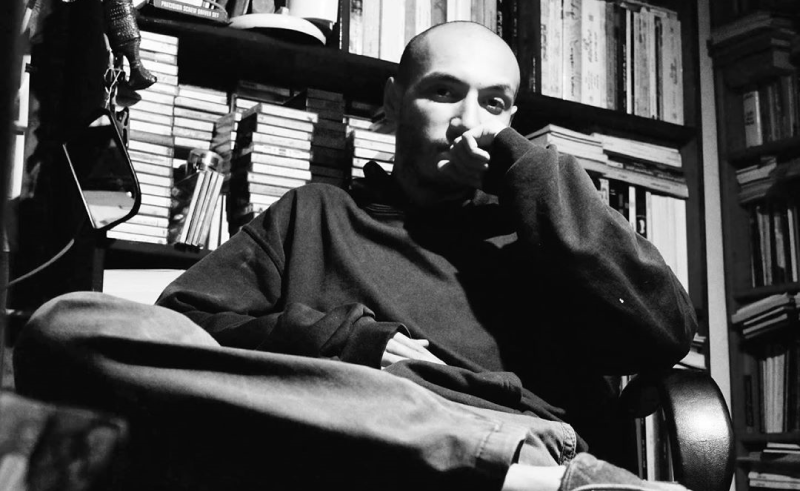 Having risen to fame through high-profile collaborations with Egyptian rap-heavyweights Wegz and Marwan Pablo, as well as having been featured on the vinyl pressing of Rakete’s Cairo Quest compilation, Molotof has firmly established himself as one of Egypt’s most in-demand producers in what seems to be a relatively short amount of time.

On this latest project, Molotof steps further away from his signature acid-mahraganat style, and continues his trend towards a more western, contemporary sound, somewhere between techno and IDM, heard most recently on his track ‘Donya’.

Molotof · Mayet - مَيت
Clocking in at just over four minutes across just two tracks, Mayet wastes no time establishing Molotof’s fresh sonic palette. Spacious ambience, plucky synths and broken ethereal percussion immediately set a melancholic mood on the opening track ‘Roh’, but as the track begins building in intensity with an aggressive, distorted bassline, it ends right when one would expect a drop.

Instrumentally, the second track ’Mayet’ is a direct continuation of its predecessor, featuring many of the same sounds and patterns, this time more oriented towards heavy percussion than ambient soundscapes. Razor-sharp hi-hats shuffle in lock-step with distorted signature distorted acid basslines, providing the energetic push its ‘Roh’ lacked.

While these dense two tracks do a good job of displaying Molotof’s varied willingness to experiment and high degree of technical prowess, the brief runtime doesn't seem to allow sufficient breathing room for any of these new ideas and techniques to truly develop, and as such the project comes across as unfinished, or not fully realised. More sonic exploration is more than welcome from a producer like Mololof. No one would blame him for continuing to make the type of music that has put him on the map; but the fact that he’s stepping away from what has been a proven formula for success should be commended.