Musicians from France, the US and the Middle East come together to celebrate and put a fresh, contemporary spin on the region's psychedelic pop of yesteryear.
by SceneNoise Team 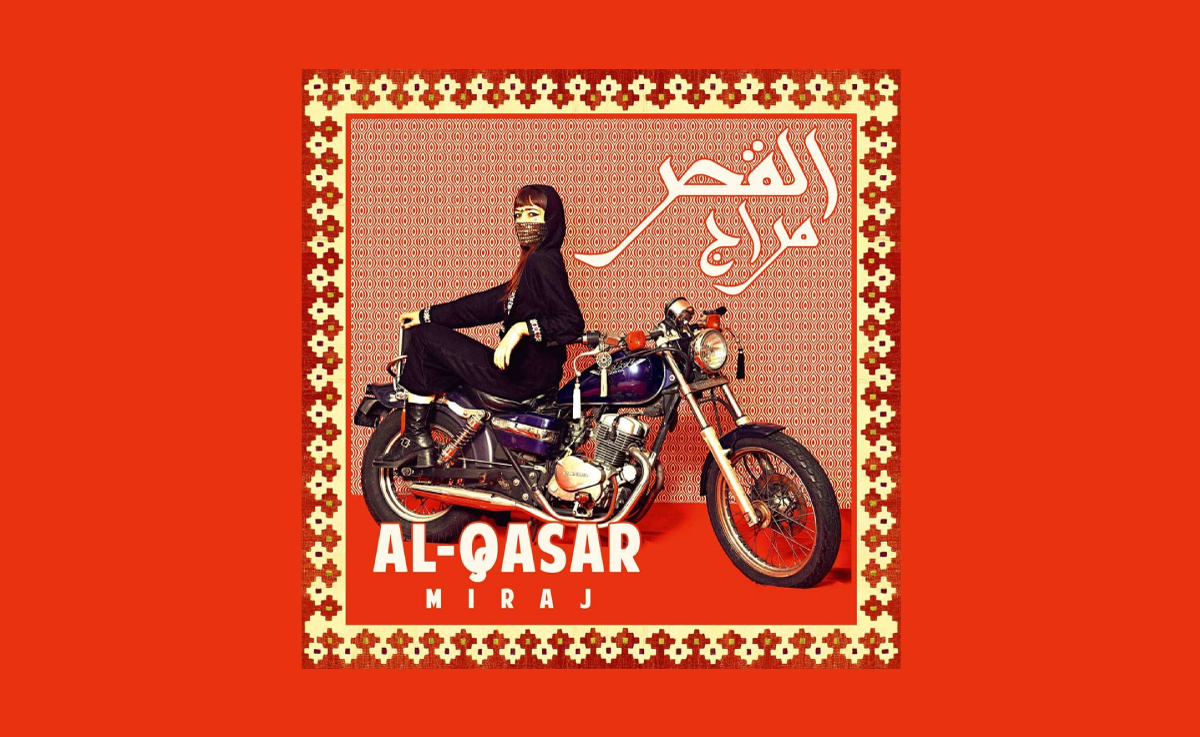 ‘Arabian Fuzz’ is what they call it. French-American producer and founder of Al-Qasar, Thomas Attar Bellier, uses the phrase to describe the kindred spirit that he finds in the Middle Eastern psychedelic pop of the sixties and seventies. Think Turkey’s Erkin Koray, Lebanese artist, Elias Rahbani, and Iranian diva, Googoosh. Alongside Paris-based percussionist, Amar Chaoui, Algerian artist, Mehdi Haddab, and Egyptian oud prodigy, Mohamed Abozekry, Bellier has created an upbeat, seven-track EP that doesn’t intellectually dissect its source of inspiration, but unabashedly celebrates and simply has fun with it.

We first got a whiff of Mirage in December 2019, in its first single, ‘Gnawi’, then in February’s ‘'Ahlan Wa Sahlan'. The EP was, in fact, originally slated for a late-March release, but then a certain pandemic hooked its talons into the world and we instead got a third single, ‘Selma’. Three months on, it has finally arrived and emphatically delivers what the three singles promised: an eclectic, colourful record that maintains a fresh, contemporary feel despite its distinctive inspirations.

The album kicks-off with ‘'Ahlan Wa Sahlan’, which is best described as a garage rock meets a particularly intense Sufi mawlaweya performance – and those things are already as intense as it is. Things take a turn for the psychedelic early on – in the second track, to be precise. The instrumental ‘Dance of Maria’ winds through the kind of psych-pop sound that rang through 70s discotheques of everywhere from Egypt, to Lebanon, to Iran. ‘Jawi’ acts an interlude of sorts, but the 30-second classical oud solo doesn’t pave way for change of pace in the album. Track four, ‘Gnawi’, boasts a similar pace to the opener, painting a high-speed cross-desert space with its use of Tuareg and Levantine sounds.

‘Selma’ is the highlight of the album, however. Said to address "the missed opportunity of the various uprisings against corruption and oppression, and in particular the impasse of the Arab Spring,” the track boasts a twisty, meandering surf rock guitar-like riff and a video that uses clips of Egyptian films. You can find a similar vibe in ‘Rock Lehdood’, albeit more subtly – and that subtlety is to its detriment, as well as that of closing track, ‘Raqs Al Hayat’. There’s little that you can describe as subtle in the tracks that precede them and though they maintain the energy, they ultimately fail to capture the sheer joy and psychedelia of the rest of the album. The two tracks would have served better in earlier spots to temper the blasts of ecstasy that shoot around every corner, but as a whole, Bellier and his accomplices have produced a piece of work that is modern, bold and quite unique.