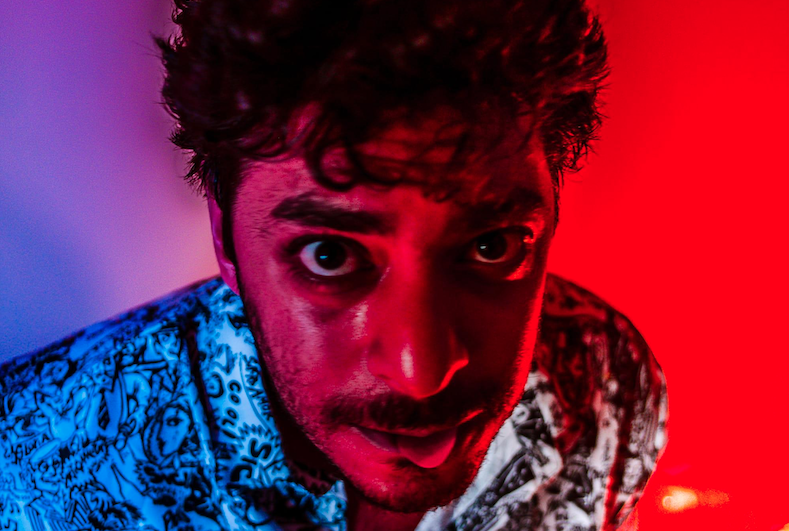 An exploration into psychedelic trips and in constructing imaginary characters, Aboutar was deeply influenced by the psychedelic rock movement of the 60s and 70s, and draws upon an extensive pool of past and present influences, most noticeably Paul McCartney, Syd Barrett, Brian Wilson, & Kevin Parker, blending them together into a modern take on the storied genre.

Purple Tarr · You must've been too high

Taking cues from the avant-garde vocal processing techniques innovated by Abbey Road Studios, Aboutar gives each of the characters present on You Must’ve Been Too High a unique vocal tonality, truly bringing them to life as heard on the twisted carnival-esque vibes of ‘Crazy Cat’ and on the moody, sexually charged ‘She Likes Them’

“Old friend and lifetime colleague” Moe Hani was instrumental (pun unintended) in putting together You Must’ve Been Too High, co-producing as well as mixing and mastering the project. The two have jammed together for over 10 years, and were bandmates together in the groups the Jokers and The Cadillacs, leading to a high degree of instrumental cohesion only possible when collaborators intimately understand each other's playing style.

What stands out the most across the length of You Must’ve Been Too High is Aboutar’s intense focus on songwriting and lyrical composition. Listening through the album, it’s clear that Aboutar is an extremely proficient storyteller, able to weave winding narratives over the length of his songs without being verbose or sacrificing any catchy pop-appeal, of which You Must’ve Been Too High has plenty. Despite having not released recorded music in quite some time, this latest album easily establishes Aboutar as one of the most talented writers to come out of Egypt’s rock scene.

Perhaps the only flaw of You Must’ve Been Too High is that it launches too rapidly into psychadelia without giving the listener much time to adjust to the trip. The two opening tracks bring some of the highest energy levels of the project, and might be a bit too overwhelming for some listeners and put them off giving the album a full listen, which is a shame because some of the best songs on the album arrive at its midpoint.

Regardless of whether the project may have potentially benefitted from a revised tracklisting, You Must’ve Been Too High is an excellent debut from Purple Tarr, who teased the release of even more new music later this year.