Put grime, jungle, techno and Egypt's top rappers in a blender. Then down it.
by Ramez Mof 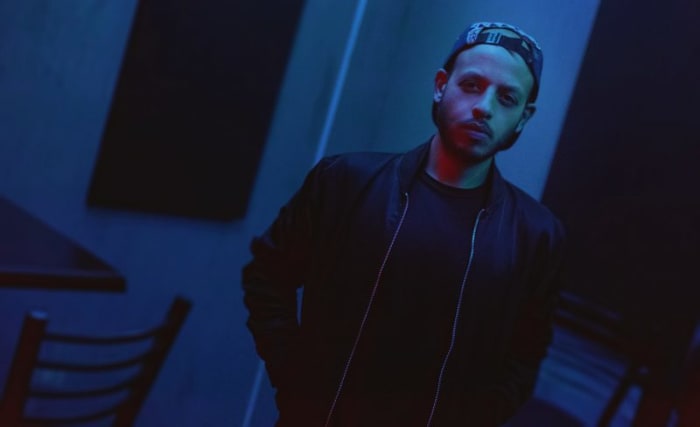 Hailing from Egypt’s noisy and crowded capital city, Cairo, Zuli (real name, Ahmed El Ghazouli) has, more than most from the Egyptian underground scene, always looked to push limits on every level, not least when co-founding Vent –  a hub for all that is leftfield and experimental. It’s a reputation that has turned heads abroad, too; most recently, he performed an installation in CTM Berlin earlier this year, with field recordings and 360 video of Cairo’s streets, while also holding a residency on the infamous English radio show NTS.

Though he has toured extensively in Europe over several years that have also been dotted with various releases, the release of his debut LP, Terminal, this month on Gamble’s imprint and his own home label, UIQ, marks a huge next step for one of the most unique producers to come out of Egypt.

Grime, jungle, experimental and techno are the words that come to mind when boiling down what is an overall elusive and intangible album, which makes heavy use of field recordings from around Cairo and some of the country’s top rapping talent, coming together to give a first-hand portrayal of Zuli’s experiences in Cairo, which give the record a personal edge.

The opening track of the album, ‘Nari’, features four of our Egyptian rappers that are currently making waves in the scene: Abanob, Abyusif, Mado $am and R-rhyme, but doesn’t actually have them rapping. It starts out with industrial sounds topped by stuttered vocal chops from the rappers, presenting and abstract piece of sound. Halfway through, a grime beat comes in with the rapper’s chops still on top.

After what is an arresting opening, ‘Archimedes’, also featuring Abyusif but rapping full verses this time, immediately hits a higher energy level. The gritty track starts with a looped pad and Abyusif laughing with someone, until a bass driven beat comes in, triggering a saturation effect on the rapper’s vocals, which fades away with the bassline. The track portrays a  sort-of thug 2019 reflection of the life of an average Egyptian guy – not the average club-goer, for example, but closer to the tuk-tuk driver, wearing flip flops and skinny jeans.

Another highlight comes in the form of eighth track, ‘Akhtuboot’, which again keeps energy levels high, and would equally fit home listening as much as dancefloor tripping, thanks to its use of retro techno synth work and incredible sampling. Halfway through it you can hear the Egyptian street with its klaxons and vendors. This time the time-based effect processing (reverb and delay) on Abyusif’s vocals give the track an alien feeling that matches the synthesis in it, as if taking you back and forth between reality and unconsciousness.

Terminal starts in Energy after the ninth track, with the remaining four taking the album into a more meditative space, possibly as a reflection of a more personal side to Zuli's music. "In Your Head" is a hypnotic two-minute  piece consisted of piano, drone sub-bass rumbles and obscure, mumbled vocals; piano element, sounding almost detuned, in particular is responsible for the track's abstract edge.

Zuli once again proved himself as a producer that shouldn’t be taken lightly – in fact, this is the biggest proof yet. His sound design and sampling, as well as the ideas themselves, exist in another world. He already put himself on the global music map and yet continues to impress. There’s a reason that the immortal himself, Aphex Twin, played many of Zuli’s tracks.