The album takes its listener on a sonic journey across various musical soundscapes that include house, deep house, hip-hoop, breaks, electro, and acid house.
by Ahmed Khalaf 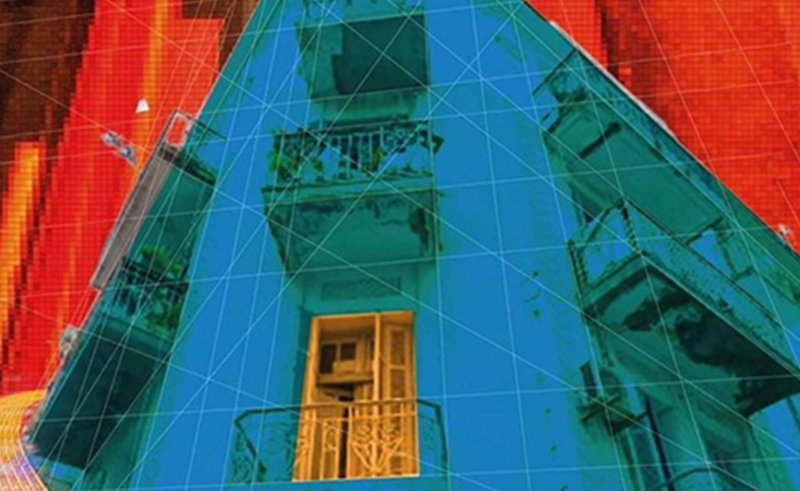 In just two years, Tunisian record store and independent record label Eddisco Records have quickly established themselves as one of the most progressive labels within the MENA region, constantly expanding their name by throwing parties frequently, providing the best and rarest of vinyl records, as well as releasing EPs every one in a while. Founder Hamdi RydEr has set certain standards regarding his events and the quality of music he puts out there. Having a focus on house music and its endless subgenres, Eddisco has recently released their very first VA compilation album, gathering together seven of the finest electronic music producers Tunisia has to offer in this 7-track house journey.
Don Pynno kicks off the album in surprising style with ‘TBH16B’, offering a glitch-hop production that commences with a perplexing synth duo before the introduction of the vocals and percs in use. Following a spaced-out break, the track takes the authentic glitch-hop layout and presents its real colors. Followed by Pan-J’s dark and mysterious ‘Press Start’, utilizing a rugged bass, and boasting a plethora of FX and hypnotic synthesizers, giving off that eerie feel to the track.
Eddisco head huncho Hamdi RydEr hops on production duties for the third track ‘Bounce Back’ which features Tunisian rapper Amyne. The track sees RydEr go with his signature tech-house inspired sounds, which incorporates slight hip-hop influences into the mix. Amyne offers vocal chops appearing across the track, as well as putting in a verse midway. The RydEr introduces an infectious acid-line that stays within the mix till the end of the track.
Eclectic producer Ahmet Mecnun takes charge of what we could consider the biggest tune within the EP. Biggest as in offering a highest energy and fits the most to use in the peak-time of a set. Initiating things with a simple house pattern with bongos for extra groove. Mecnun introduces three synthesizers taking on the melodic duties, before the breakdown of soloed kicks and a fat bass line. The synthesizers find their way back to the mix which instantly goes to a build-up that explodes with all the aforementioned elements, reaching the climax of the track.
Midway through the track, Mecnun takes a dark turn, adding a distorted bass and crunchy percussion that goes silent before showing its original colors once again.
Unveiled takes on the production of the fifth track ‘Quiet Orbit Around Gladia’, in which he puts in a breakbeat pattern over a chime-sounding synthesizer and psychedelic grooves and FX, gluing elements into one. For the sixth track, producer Khemir offers an ethereal house production in ‘Kima Mohsen’ with a signature 4-on-the-floor pattern and a continuous bass-pattern that draws influence from tech-house. The track also gives off the vibe of peak-time minimal house, that’s booth thumping and hypnotic. The album closes off with Khalil Lajmi’s ‘Seen’, a mellow deep house track, acting as the perfect ending to this sonic adventure. He encapsulates minimalism in deep house, showing how to make a mellow yet engaging house track.
Eddisco has been constantly progressing and re-inventing themselves with a colorful discography that reflects its Tunisian and North African identity, while staying true to their individualistic identity. This might be Eddisco's first compilation album, but it definitely won’t be the last one, given their constant eagerness for the next big step.