Already one of the biggest names in Saudi Arabia, BLVXB s new 11-track album demands the attention of the whole region.
by Ahmed Khalaf 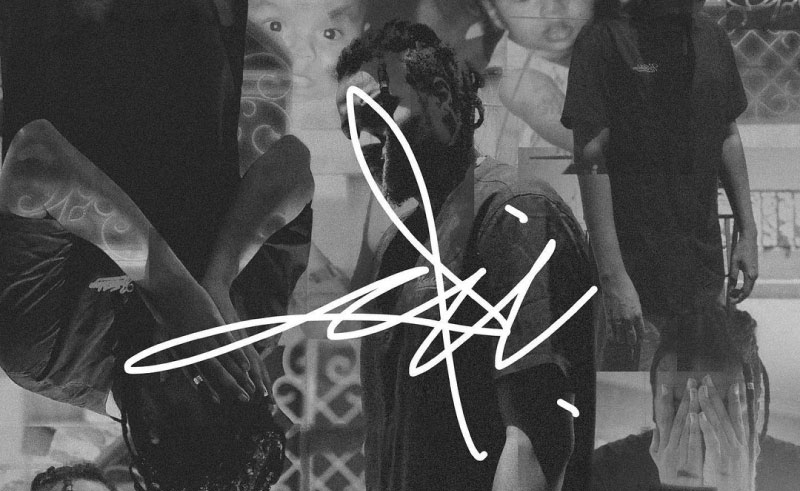 When you take a step back, look at the regional rap scene and ask listeners who they think of when you say Egyptian rap, the first names that come to mind are Marwan Pablo, Wegz. and Abyusif. In Syria, it’s Bu Kolthoum; Morocco has ISSAM, ElGrand Toto and among many others; while Palestine has the iconic BLTNM crew. Even UAE has begun to find its feet with a rap scene reflective of its hotpot of nationalities.

One scene, however, is going unnoticed by much of the region: Saudi Arabia. If you dig deep enough, you’ll find an increasing pool of talent, but one man is striding to take his claim of the bigger regional pie is BLVXB. There’s reasonable evidence to argue that BLVXB is the most impactful Saudi rapper of his generation, with many crediting him for playing a part in introducing trap and drill to a scene that was otherwise stuck on the old-school hip-hop.

With a deep, inimitable voice and an overall melancholic musical direction to fit, the unique Saudi rapper has backed up his ambitions and the sheer talent that so many see in him with Dawda2, his first since last year’s Galaxy.In this album, the melancholic aesthetic shapes the trap and drill stylings into quite minimal sounds, which allows him to fully showcase his lyricism and writing. The album boasts some rather impressive endorsements embedded in the album itself, kicking off with a congratulations from Dubai-based, Saudi hip-hop guru, Big Hass. In the first track, ‘Sushi Interlude’, Blvxb’s lyrics on rise to fame and his musical journey overall is interrupted by fellow Saudi rapper, Slomo, who delivers a few words on the impact of BLVXB on the local scene. Interestingly, and maybe even telling of his versatility, the track resumes but in a completely different form. BLVXB lowers his vocal tone even more, over an even  darker version of the original beat that uses more spaced-out drums and floaty pads to create an almost ethereal soundscape.

A minimal trap beat lays the bedding for the rappers' gripes with the selfishness and lack of empathy among people in ‘Charisma’, before things take an even deeper dive into melancholy with ‘Sawalef’. The rapper and his producer, Ruhmvn, go with an unhurried boom bap instrumental accompanied by a chilling saxophone melody in which BLVXB performs his elegy, pouring his heart on the mic in a sweep of emotion.

The trademarks of drill seep through ‘Yoh’, meanwhile, in a piece that could very easily be taken as a veiled diss record, something that the rapper dispelled and attributed to him simply spitting general thoughts. For ‘Meshalshel’ and ‘Aurora’, he keeps things funky with overall brighter progressions and euphonious sounds.

The eclectic album continues with ‘Super (Freestyle) - “four albums in four years,” he proclaims in a hard-hitting, straight-to-the-point piece that does away with the anchor of chorus or a hook. For ‘Rockefeller’ the rapper opens up the topics of money, greed, and nepotism on a boom bap beat, drawing similarities with ‘Sawalef’ musically.

In ‘Meraya’, he reflects on his past, and uses heavily spaced vocals that utilise reverb and echo along a house-hip-hop instrumental fusion. With the journey drawing to an end, BLVXB keeps the most poignant track till last. ‘Lel’ sees the rapper talking about  losing loved ones, reflecting on the heartbreak of having your support system ripped away from you - his rawest and most vulnerable moment of the whole album.

It’s this holistic take on his own life and career, his unapologetic expression, that is key to the album - and key to understanding why he has been and remains a unique voice on the Saudi rap scene. The 11-track album really does feel like a journey, a chaptered story that showcases why he is so revered in his home country. If they weren't already, the rest of the Middle East needs to stand-up and pay attention. 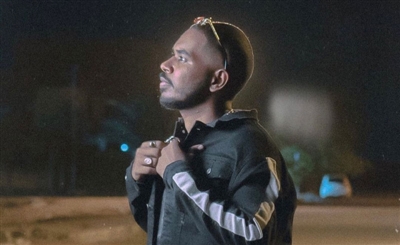