400K music fans from across the world came to see 80 artists across six stages in the 2019 debut of super brand MDLBeast's festival - and they’re apparently planning for even more this time round. 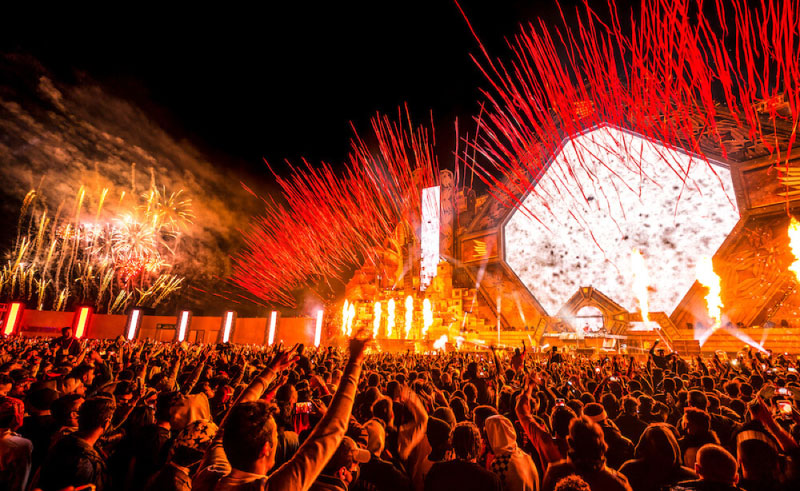 Saudi-based global entertainment and media platform, MDLBeast, has announced the return of their multi-day mega festival, Soundstorm, on December 16th-19th after a pandemic-induced, forced-hiatus last year.

Marking a milestone moment for Saudi Arabia and its 2030 Vision, the debut edition of the festival in December 2019 was a truly international occasion, with the likes of David Guetta, Martin Ggarrix, Tiesto, Rick Ross, J Balvin and Steve Aoki among the acts that took to the stage.

Overall, 400,000 attendees from the region and the world descended on the festival to see 80 artists across six stages, cementing it as the biggest festival of its kind in the Middle East. Besides the international acts, the festival also provided a much-needed platform for local and regional talent and has been a launchpad for the likes of Saudi’s first female DJ, Cosmicat, as well Dish Dash and Don Edwardo.

For this edition, the beasts are planning an even bigger event in regards to the number of artists, expected attendees and stages. Though the line-up has yet to be revealed, the first wave of tickets will be available starting September 2nd, with two further releases planned.

Soundstorm offers the attendees basic day passes including party bus shuttle services from select locations at SAR 135, as well as offering an exclusive VIB (very important beasts) day passes at SAR 2,999. They also offer four-day passes with four tiers to choose from (Storm Chaser, Storm Blazer, VIB, and VIB-Box) each of which aim to offer a different experience.