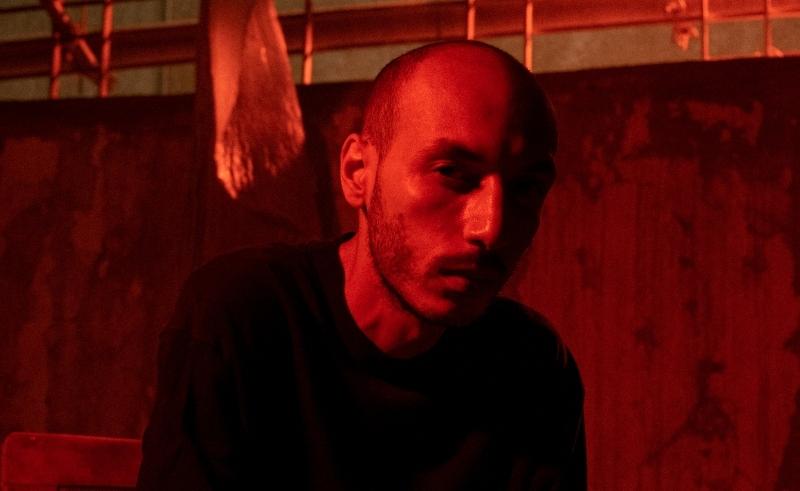 Egyptian producer Molotof releases his long awaited solo album ‘Gabal Ahmar’ with Egyptian record label Rakete. This is Rakete’s fourth release after spending a year in hiatus, and they are back with a brilliant exploration of techno and electronic music. This album follows a string of techno releases earlier in the year by the star producer, and here, he showcases his versatility and prowess over a wide range of musical aesthetics.

In ‘Gabal Ahmar’, we venture into a side of Molotof’s music that is more patient and slightly more subdued than his previous work. The main impression this album gives is that Molotof is keeping his musical ideas clear and concise, while exploring a variety of different sonic aesthetics. This project seems like a more focused side of the producer, in which he is expanding the scope of his discography. This album sees Molotof experimenting with more western musical ideas and chord progressions compared to his older work, while still adding his signature mix of Mahraganat synth lines and Arabic percussions. While there is a lot of variety in the album, the production maintains a dreamy quality that ties the whole project together, managing to hypnotize the listener into a state of trance.

The opening track ‘Eksar El Khof’ kicks the album off with a futuristic atmosphere, which is decorated with glitchy synth lines and resonant experimental percussions. The serene intro is then grounded by a heavily distorted bass line, which brings the structure of the track together. The track works perfectly as an introduction for the album, since its ambient textures and dreamy chord progression inform the listener that they are in for a cinematic experience.

The album then transitions into more familiar territory with the title track ‘Gabal Ahmar’ in which a brooding melody drives the track along with a steady 808 bass line and metallic percussion. The arrangement and production of this track highlight the evolution of Molotof’s direction with this project by taking on a more patient approach to the instrumentation. The musical ideas are laid out one at a time, where each new addition to the track gets its chance to shine in the arrangement.

This structure can also be heard on the next track ‘Tal3a’ which features additional instrumentation from ‘Kamel’. This hypnotic track takes Molotof’s iconic production style to a new direction, where the slow tempo and steady percussions give the melodies and bass enough room to take the listener on a vivid journey. The track smoothly transitions into ‘Pogo', which continues atmospherically where we left off, taking us to a darker soundscape harmonically, while adding elements that are more rhythmic. The bouncy drums and triplet arpeggios keep the tension rising as they lead up to a minimal drop, in which the underlying chord and bass note change to give a sense of resolution in a transition that is reminiscent of Thom Yorke’s work with Radiohead.

The track thins out near the end leaving a triplet arpeggio leading us into the next track ‘El Baseta’ which kicks in immediately with high energy drums. This track is immediately groovy, with the drums, acid bass line, tabla, and woodwinds all coming together to give it a head bopping quality. This is all done while maintaining a minimal production approach that continues the ‘less is more’ theme of the album.

Going into the next track ‘Omara’, we are met with a break from the dreamy soundscapes with some very dry, very retro 8 bit sounding drums, just before chords and rest of the drums come back in to bring the whole thing together, tying it back in with the rest of the project. The track maintains a high energy throughout, which is continued on with ‘Ghareba’. This track doesn’t waste any time, and gets right into it with groovy drums and bass. The high energy of the beat is met with big brass stabs and a gnarly bass line that give it a characteristic reminiscent of early European electronic music.

The track ends with the pulsing rhythm leading us to a sudden stop which is continued with the next track ‘Arwah Tayha’. This track starts out determined, with a steady pulsating resonant acid bass playing one note with some syncopation between the kick and bass. A cinematic string-pad is then introduced to the track which gives it a dramatic, yet euphoric feeling. The strings then seamlessly morph into edgy pads with an automated filter adding intensity right before we drop out to just bass and drums. The track then ends on a simple melody that gradually slows down with the chords being reintroduced resulting in a dramatic finish that fits perfectly for this album.

‘Gabal Ahmar’ is a vivid journey from start to finish, where Molotof patiently tells a story with his expert sound design and production. The album shows a maturity in Molotof’s sound as he continues to explore new musical ideas and continues to grow as an artist.