In an incredibly diverse five-track record, the young, rising star shows what followers have been saying for some time - that this is one guy on his way to the top.
by Ahmed Khalaf 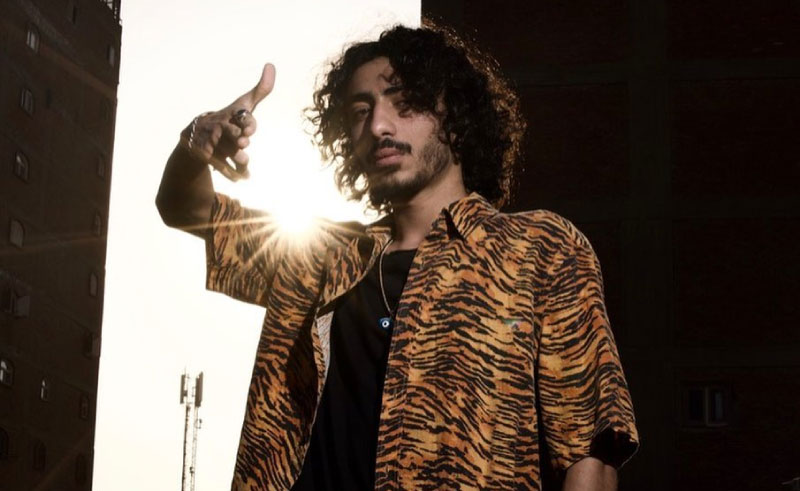 In his own eyes, Egyptian rapper, Ahmed Santa, still has a long way to go in his career - there’s much more to do. That may very well be true, but in the eyes of many fans and fellow rappers on the Egyptian scene, he’s on his way to breaking through to join the country’s biggest stars - think Abyusif, Wegz, Marwan Pablo and Marwan Moussa.

Continuously showing his myriad talents on diverse beats, Santa is becoming more and more of a fan favourite with each single he drops, proving each time that he has what it takes to to be one of the best in the game. The pure, raw talent is all there.

First landing on radars in 2015 for his lengthy freestyles, his new EP, Khamsa Fe El Wesh, is a short-but-sweet showcase of his impressive versatility as a rapper - and, though we’re only about halfway through the 2021, this is already one of the best rap releases of the year.

With the help of producer, Alfy (who produced four of the EP’s five tracks), an appearance from fellow rapper, Slyver, and Mello closing off the EP with production on the closing track, ‘TanA7a’, Santa finds the perfect balance with these collaborations, never losing sight of his own vision.The EP sees Santa take on a range of different hip-hop subgenres, and he kicks things off in classic Santa fashion with ‘Soma El 3asher’, a track perfectly reminiscent of how he first started with his rap game. The rapper flexes his rap ability while dissing other’s “trash” work, replicating the subject matter of that of the early 90’s, as well as using a number of tongue twisters and complex rhyme patterns against an old school boom bap instrumental. Things take a turn for the melancholic and reflective in ‘Men B3ed’,an honest and raw track, that shows us a glimpse of a darker side of his musicality.

For ‘El Arsad’, Santa takes a similar approach to the opening, but with a much faster and grittier delivery and flow, Then comes ‘SHHH’, in which Alfy shows his experimental side, using an irregular 808 pattern, as well as panned and raised octaves to spice things up for Santa and Sylva. The duo are aggressive and dismissive of the many opinions that swirl around the rap scene, asserting that they can do what they want and still make it without the hollow comments and ‘advice’.

Things come to a close with ‘TanA7a - and yes, the second A is deliberately capitalised. Santa distorts and roughs up his vocals for this one, matching perfectly against the gritty sonic aesthetic of the track, with Santa once again venting his frustrations of the hot air around rap, against hard-hitting, percussion-heavy production by Mello, who goes nuts with mad 808 rolls to finish this project with a bang.

‘Bang’ is very much the operative word with the EP. Is there more room to evolve and grow? Of course, there always is. With this EP, though, he has demanded his seat at the table. Think of this as the moment Ahmed Santa came of age, the moment he showed Egypt's chaotic rap scene what many have been speculating for years - that he’s on a fast-track to the top.

Want to hear from the man himself? Checkout his episode from SceneNoise rap series, 8 Bars. 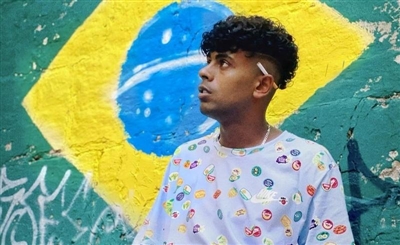 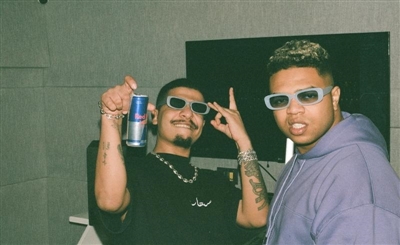 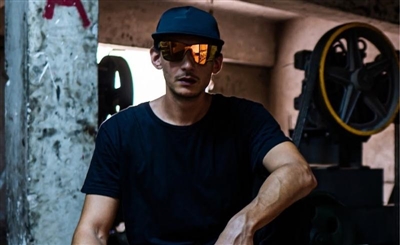 Shaabi Experimentalist Rozzma Is A Star In Fresh Single 'NGM' 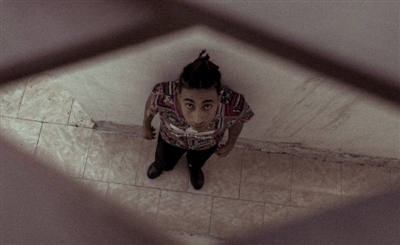