The brilliantly executed short music film dives deep into the world of overthinking, anxiety, self-guilt, blame, and overcoming these hardships.
by Ahmed Khalaf 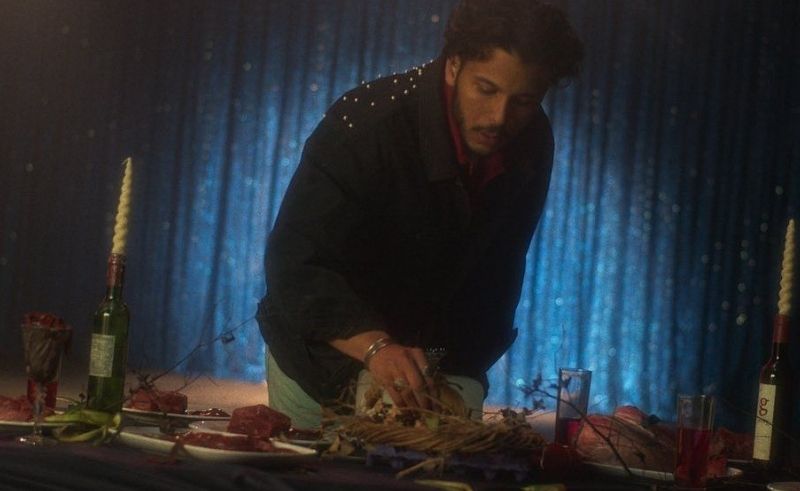 A rapper in his own league doing his own thing, Besh is a man of many talents. Charismatic, enigmatic, and a skillful rhymmer, the alternative rap artist keeps on testing new waters, and formulating contemporary concepts and ideas for his art. Coming off a hot streak throughout the past couple of years, with ‘7amra’ EP with prolific producer El Doktor in 2020 and his own self-produced, self-engineered album ‘Cabrioleh’, Besh decides to put on his acting shoes for his latest endeavor, once again with El Doktor, for his ‘BESH INSECURE’ short music film, which was  brilliantly written by Ahmed Kotb and successfully directed by Dina Ali, with Mostafa Emam as assistant director on this project.

‘BESH INSECURE’ is a projection of Besh’s overthinking and anxiety, which leads to his insecurities. Across the five scenes of this short film, Besh dives into his mind and reflects on his wild thoughts, some of which led him to commit heinous acts, regrets, reflections, and seeing the truth of his reality by the end.

The film commences with ‘11-1’ and ‘Takdeer’ for the first scene, which clearly shows the darkness and confusion of Besh’s thoughts. El Doktor utilizes a solo reversed-piano progression, keeping the focus on Besh’s reprimanded thoughts. Then kicks in ‘Takdeer’, a wild, nightmare sequence, clustered with gore scenic designs, blood, anger, and obviously anxiousness. People at the table give no attentiveness to Besh as he tries to gain their attention, which later on leads him to murder his partner by the end of the first scene. El Doktor offers a gritty bassline with a mysterious lead-progression, giving off the sinister feel to match the lyrical and visual direction.

The first act ends with Besh sitting next to his dead partner (which he murdered), as he instantlly contemplates his mistake which leads us to the second act of ‘Khasees’, translating to “dispicable”. While the first instrumental was sad and mysterious, El Dok gives off an uneasy beat, so listeners and viewers could relate to the self-guilt feeling Besh is facing. The entire interrogation scene is a reflection of Besh blaming himself, with the interrogator acting as the voice of reason while Besh himself represents his rowdy thoughts, unaccountable and uncontrollable. A quick shot of a paper that has “depression, anxiety, BPD, and insecure” written on it, truly represents the negative thoughts Besh thinks of himself.

Following the escape away from his thoughts (the interrogator) and the people around, Besh finds himself alone in a desert, which is a reflection of being alone with his thoughts away from people, self-guilt, blame, and his own overthinking in ‘Malleit’, which translates to “bored” but means “fed up”. In this scene, he recollects his thoughts and things start to get right again, portrayed by the bright sun and semi-clear skies. El Doktor does a brilliant job depicting the emotions of the scene and lyrics with a hopeful production, which reaches its climax when Besh shreds the guitar for the heartfelt solo by the end of ‘Malleit’.

The final act, ‘Megganna’ which translates to “from heaven”, is Besh overcoming his thoughts and anxiousness, thinking back of how he perceives treatment from others rather than how it really went. The gleeful scenes are enforced by a pink color gradient, while the nightmare sequence boasted a dark, shadowy gradient. The difference in people’s treatment is a reflection of how a person could misinterpret a situation, drawing false memories and fully believing in them. ‘Megganna’ is Besh coming back to life, and seeing things for how they truly are.

Besh, El Doktor, Dina, Kotb, Emam, and the rest of the crew do a magnificent job portraying the different emotions Besh is portraying, and laying out the story in a rejuvenating sequence. The project is open for interpretation, while the title states 'insecure’, the video sequence is left to be perceived in many different ways, as all art should. 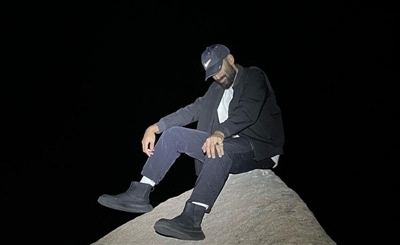 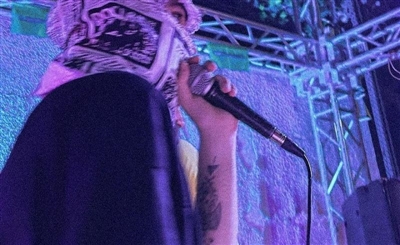